My sixty-ninth new ground of 2011 was on Tuesday 1st November at Royal Oak in Harwich, Essex. The match was Harwich & Parkeston vs. Alresford Colne Rangers in the Harwich Charity Cup Final.

Royal Oak is half a mile from Dovercourt railway station and is situated not far from the Dovercourt town centre in the Harwich area. The ground has been home to Harwich & Parkeston since 1898. 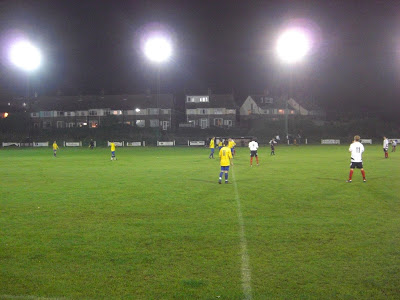 The ground has one large all-seater stand by the half-way line on the west side of the pitch. This steep stand has space for 360 seats and I presume it was full at some point but now only around one-third of the seats remain. The venue's other stand is a small terraced stand behind the goal on the north side of the ground. This fairly dilapidated looking structure is now cordoned off and looks like it is about ready to be knocked down. The south side of the ground is home to a building behind the goal containing the players dressing rooms as well as the food outlet. The remainder of the ground is general uncovered standing although the unkempt plant and tree life has encroached on the majority of the east side of the ground making viewing from here impossible. 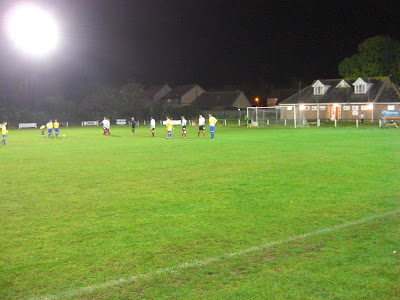 The tie was the final of the Harwich Charity Cup - a competition for clubs from the region which has been going on in some form or other since the 1890s. This season there were eight teams from non-league football entered into the competition with the final being between Essex & Suffolk Border League Premier Division sides Harwich & Parkeston and Alresford Colne Rangers. 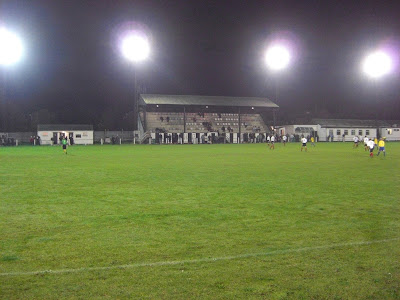 The game began in an end-to-end fashion with both sides looking dangerous in attack. It did not however take long for Harwich to begin to dominate the chances. They got the ball in the net on 21 minutes only to see the goal chalked off for offside, and ten minutes later hit the bar with a header from a corner. It seemed like only a matter of time until they got their noses in front and in the 36th minute they duly did that with a low shot into the net from six yards out. Three minutes later Harwich doubled their lead and went in 2-0 up at the break. Ten minutes into the second half a long ball over the Alresford defence was run onto by a Harwich striker who got to the ball before the advancing goalkeeper and poked it into the net from outside the box. The remainder of the game petered out with Alresford never looking likely to get back into the tie and Harwich won the game and the cup. 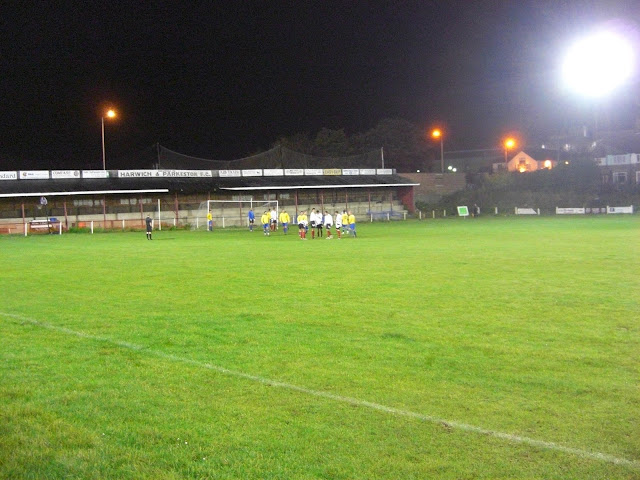