My eighth new ground of 2013 was on Monday 1st April at Turf Moor in Burnley, Lancashire. The match was Burnley vs. Nottingham Forest in the Football League Championship.

Turf Moor is close to the centre of Burnley in a residential area of the town. The ground is just under a mile from the two of the town's railway stations (Burnley Manchester Road and Burnley Central) and has been home to the club since 1883. 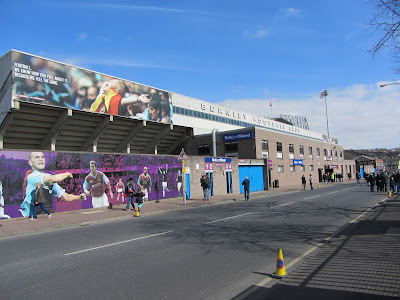 Two sides of Turf Moor were redeveloped during the mid-90s with the North Stand the largest in the venue. This two-tiered structure runs alongside the pitch and has a total capacity of 8,154. Adjacent to this behind the goal at the eastern end of the ground is the Jimmy McIlroy Stand. This is the other two-tiered stand in the ground and can house 6,280 fans. Both of these stands have executive boxes in between the two tiers and the North Stand is also the home of the media centre. 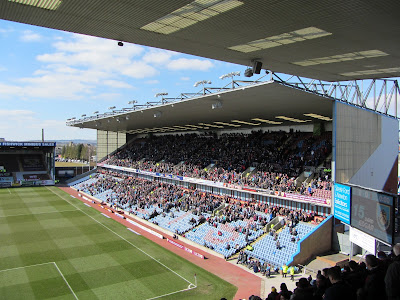 The remaining two stands are more dated in appearance as they have not been seriously renovated in recent years. The Bob Lord Stand runs along the southern side of the ground and has a capacity of just under 4,000. There are some executive lounges in this stand and the club shop and ticket office are also contained within. There are a number of supporting pillars which can cause view restrictions to fans in this stand. Behind the northern goal is the Cricket Field Stand which backs onto Burnley Cricket Club. This stand has a couple of stanchions and hold just over 4,000 supporters. It is usually given over to away fans and in contrast to the rest of the ground this stand is mostly made up of wooden seating. 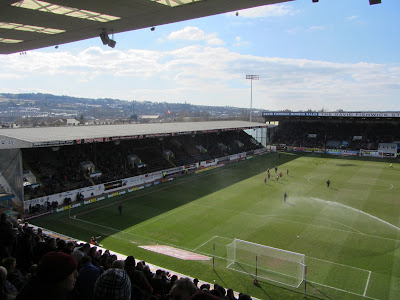 The game started brightly enough with Nottingham Forest playing some decent attacking football as they attempted to continue their excellent league form. A couple of good saves from Burnley keeper Lee Grant prevented a Billy Sharp header and a long-range Henri Lansbury effort from finding the net during the first half. Burnley started slowly but came back into the game and Junior Stanislas' shot would've given them the lead but not for Karl Darlow in the away goal. Unfortunately the second half was dismal affair with numerous injury stoppages breaking up the game's flow. However, in the 67th minute Burnley took the lead when a cross from Joseph Mills bypassed the entire Nottingham Forest defence before falling to Stanislas whose deflected shot looped over Darlow in the Forest goal. Forest tried in vain to get an equaliser and they got the perfect opportunity in the 7th minute of stoppage time when Lansbury was tripped in the box leading to a penalty. Lewis McGugan sent Grant the wrong way to tuck the ball into the bottom corner to rescue an unlikely point for the visitors. The home side weren't happy with the lengthy injury time and could count themselves unlucky not to have grabbed all three points. 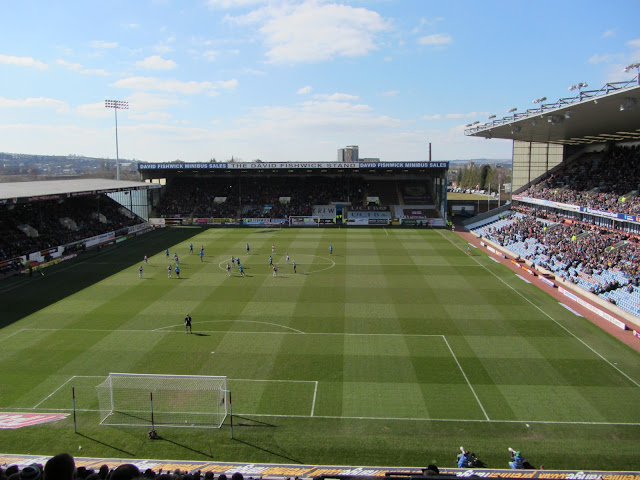