My eighteenth new ground of 2018 was on Wednesday 15th August at Borough Briggs in Elgin, Moray, Scotland. The match was Elgin City vs. Arbroath in the Scottish Challenge Cup 1st Round.

Borough Briggs is in the northern part of Elgin close to the River Lossie which meanders through the city. The ground can count amongst its neighbours a leisure centre and childcare centre to the west, an industrial and retail park to the south and open fields to the north and east. The venue is one mile north of the city's railway station and has been home to the club since 1921. 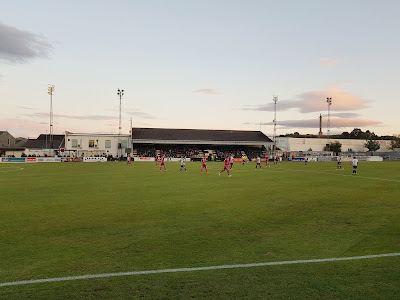 The entrance to the ground is on the southern side with the turnstiles next to the main stand. This structure runs for around half the length of the southern side and has a seating capacity of 478. The stand has a low roof but no supporting pillars apart from at the two sides. The dressing rooms are located within and the player tunnel emerges in the middle of the stand. This stand also has the club reception, shop and offices. The two dugouts are positioned either side of the stand and beyond this is uncovered concrete terracing though there is a small covered plexiglass section for disabled fans towards the eastern end. Close by to this is a food outlet in the south-east corner. 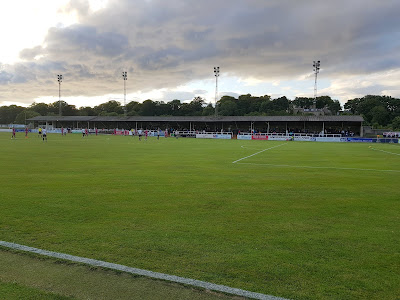 A covered concrete terrace runs the entire length of the pitch on the northern side. This has 11 rows of terracing with the back two levels a larger size to allow more flat standing. There are a huge number of supporting beams holding up the old looking roof but the stand does retain sound well. Unusually the four floodlights on this side go through the roof into the terrace so is in amongst the standing areas. The eastern and western ends of the ground both have flat concrete sections directly behind the goal with a concrete terrace built into a grass bank behind. At the back of this the grass banking takes over up to the perimeter of the site. 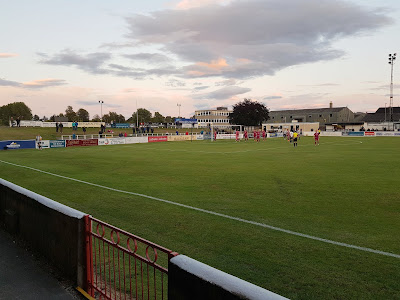 The game was a Scottish Challenge Cup 1st Round tie between League Two side Elgin City and League One side Arbroath. It was the visitors who edged the first half and had two clear cut chances during the first 45 minutes. The first of these came in the 21st minute when Kane Hester lifted the ball over the Elgin keeper Thomas McHale only to see Darryl McHardy clear off the line. In the 34th minute Abroath had another opportunity when the Elgin goalie was dispossessed while attempting some skilful play in his own area. The ball was pulled back and the resulting shot bounced off the crossbar and away to safety. The League One side took the lead in the 57th minute when a corner to the back post was headed into the top of the net by Thomas O'Brien. Within 60 seconds it should have been 2-0 when Kane Hester laid the ball off for Michael McKenna who blazed over from just inside the area. The last half-hour saw a more competitive showing from Elgin - with a quarter of an hour to play they should have pulled level when a cross into the area found an unmarked Chris McLeish who headed straight at the Abroath shotstopper. In the 83rd minute the late perseverence paid off when Jordan Lowdon lofted a free-kick into the area. Once again a key player was left unmarked but this time Darryl McHardy made no mistake and nodded past Darren Hill from six yards out. At the conclusion of 90 minutes the game went straight to penalties. The two sides were evenly matched after the first seven rounds of penalties but on the eighth round of spot kicks Elgin's Matthew Cooper's penalty was saved by Darren Hill ensuring a 7-6 spot-kick victory for Abroath. 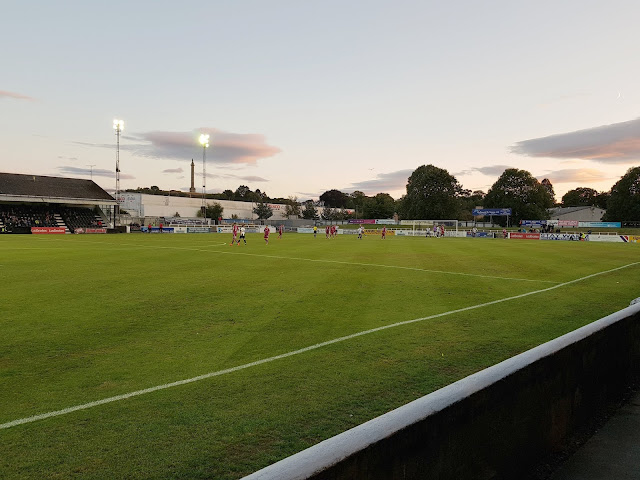