My eighteenth new ground of 2015 was on Saturday 19th September at Kiln Brow in Redhill, Surrey. The match was Redhill vs. Windsor in the Combined Counties League Premier Division.

Kiln Brow is in the Earlswood suburb on the southern edge of Redhill, just under a mile south of Earlswood railway station. The ground is part of an area of green space next to the A23 road so is bordered by trees on all sides. The venue has been home to Redhill since 1984. 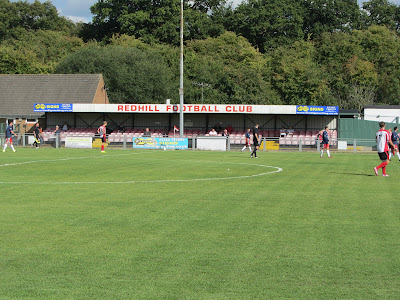 The majority of the facilities are located on the east side of the ground. The 162 seat Alan Thurlbeck Stand is situated level with the half-way line and is slightly unusual in that it has a floodlight in front of the middle of the structure. Directly behind the stand is the club bar. Towards the northern goal there a building containing the dressing and towards the southern goal a few demountables used for a food outlet and a small club shop. This side of Kiln Brow also contains a fairly large car park. 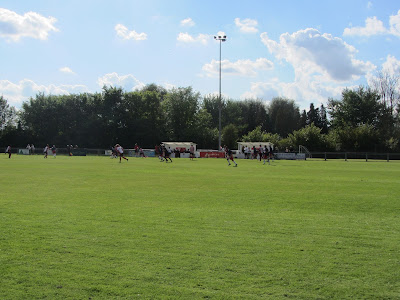 There is one other stand in the ground which is in the south-east corner - this covered concrete terrace only takes up around a quarter of the south side of the ground. The remainder of the ground is uncovered hard standing. The western section of the ground houses the two team dugouts and behind this there is a spacious grass area for spectators. 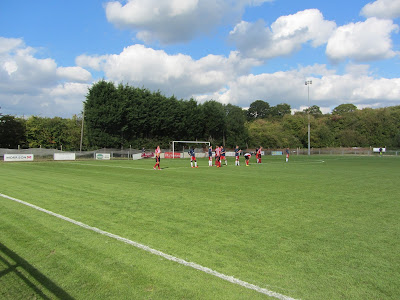 Redhill burst out of the traps in this game and had the ball in the net in the 3rd minute only to see it chalked off for a foul on the keeper. The hosts did take the lead in the 24th minute when good play down the left saw the ball backheeled to Alex Rose who whipped a low cross across the face of goal. Gareth Chendlik was able to get on the end of it to tap in from a couple of yards out. Redhill were completely on top and a couple of minutes later the away side had to rely on an excellent double save by Carl Dennison to keep the score at 1-0. Seconds later Redhill had the ball in the net for the 3rd time but again it was disallowed, this time for offside. From the resulting free-kick there was a mix-up in the Redhill defence and in an attempt to clear the ball there was a trip in the box. Kyle Lucas duly sent the keeper the wrong way from the penalty spot to get Windsor back into the game. The pattern of the game then switched with Windsor becoming the stronger side and in the 52nd minute the visitors took the lead - after strong work down the left hand side the ball was crossed into the six yard box and turned in off the bar by Wayne Harvey. The away side looked to have the 3 points in the bag but in the 91st minute the ball was given away and a through ball found substitute Ulric Campbell who stroked it past the keeper from edge of the area to salvage a point for Redhill. 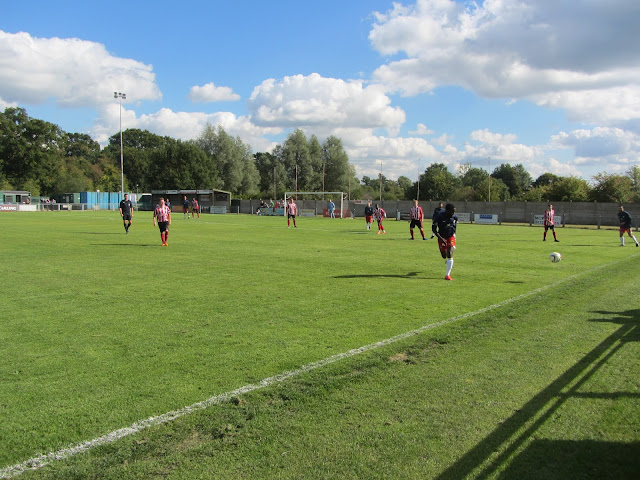