My forty-third new ground of 2011 was on Tuesday 2nd August at the Harry Abrahams Stadium in Barnet, London. The match was Wingate & Finchley vs. Uxbridge in a friendly game.

The Harry Abrahams Stadium is around a mile from West Finchley tube station on the Northern Line. It was home to Finchley FC from 1929 to 1991 when the club merged with Wingate FC to form Wingate & Finchley who have played there ever since. 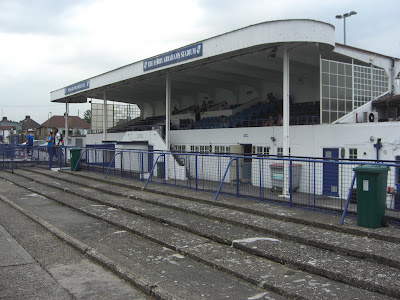 The main stand at the venue is the Harry Abrahams Stand on the east side of the venue. It is a two-sided structure that is able to hold around 600 fans. The stand faces out to the football pitch on one side and a rugby pitch on the other with the rugby side of the venue being the home of Finchley RFC. The football side of the stand is a bit of a distance away from the pitch and has a terraced area in front of it for fans to stand and watch. 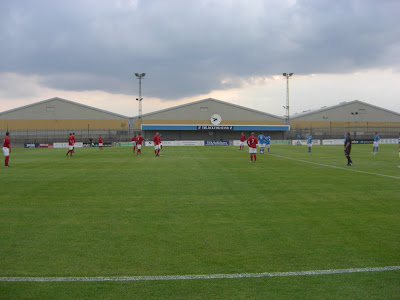 One the opposite side of the pitch sits the Jack Fisk Stand, a small covered terraced section by the half-way line. The other stand in the venue is the Harvey Ackerman Stand on the south side of the ground. This is also a small terraced stand and is position behind the goal. The north side of the ground just has a narrow open terrace section. 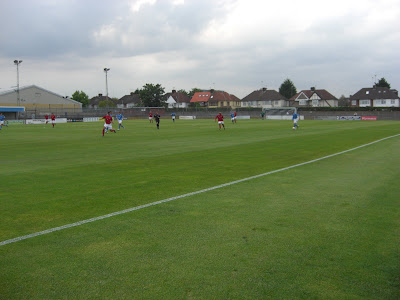 The game was a pre-season friendly between Isthmian League Premier Division side Wingate & Finchley and Southern League Division One Central side Uxbridge. The goals did not take long to start flowing as the hosts went 1-0 up within five minutes after carving open the Uxbridge defence. They then repeated this trick a quarter of an hour later with an excellent chip over the advancing goalkeeper. Uxbridge did get one back with a terrific 25-yard shot into the top corner although the visitors were again exposed at the back as a ball over the top left the hosts clean through with a lob over the keeper from the edge of the box making it 3-1. Wingate & Finchley added a fourth with a header from a free-kick and then waltzed through the Uxbridge defence again minutes later to score their fifth. Just before the end of the half the visitors defence was carved open once again and a sixth goal was dispatch to leave the half-time at 6-1 to Wingate & Finchley.

Uxbridge scored a free-kick just after the break and stopped the hosts from adding to their tally for most of the second half. However, towards the end Wingate & Finchley notched up their seventh after the Uxbridge defence allowed them clean through again and the hosts rounded the keeper before sliding the ball into the empty net. The visitors misery was completed just before the final whistle when Wingate & Finchley bundled in an eighth to make the final score 8-2. 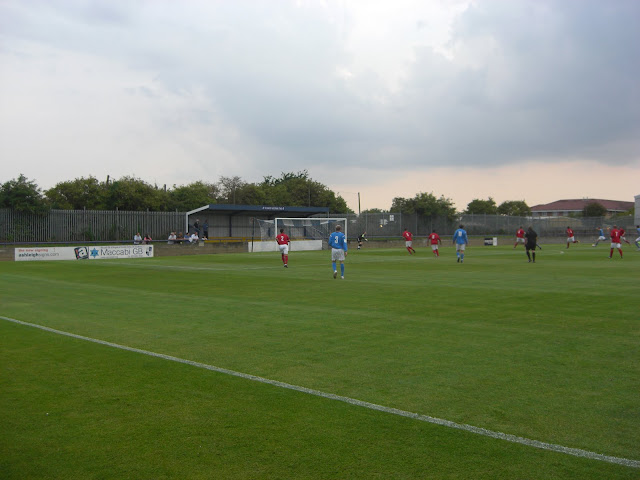