My forty-ninth new ground of 2011 was on Tuesday 23rd August at Coles Park in Tottenham, London. The match was Haringey Borough vs. Leverstock Green in the Spartan South Midlands League Premier Division.

Coles Park is positioned 1 mile from Wood Green tube station on the Piccadilly Line. The ground is on White Hart Lane, with the Tottenham Hotspur stadium just a mile further down the same street. Coles Park has been home to Haringey Borough and their previous incarnations since 1930. 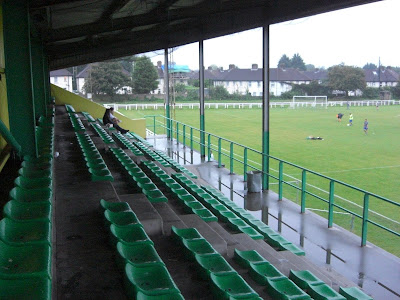 The ground has one raised stand which dominates the venue. It runs alongside the pitch on the north side of the venue and has around 250 seats although a good few seem to have been lost over the years. The stand has several supports across it restricting views slightly but because the stand is quite high, the view of the pitch is pretty good. Behind the stand sits a rather standard clubhouse. 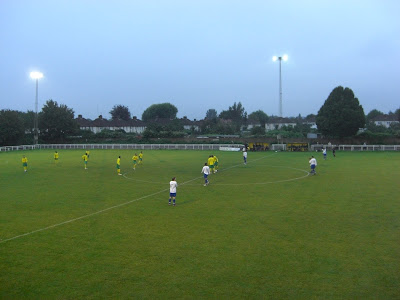 The pitch is surrounded by expanses of tarmac on all sides which provides a great deal of car parking space to deal with the venue's other purpose as a car boot sale site. Metal barriers runs round the grass to separate the pitch from fans but these looked to be in a state of disrepair demonstrated by the fact a piece of the barrier fell off on its own accord during the match. 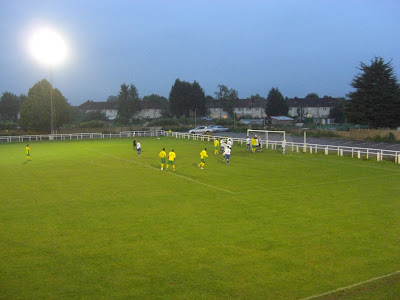 The game was a rather one-sided affair with Leverstock Green looking much the better team over the fixture. It took the visitors just 7 minutes to open their account when a free-kick was drilled into the box and headed into the goal. A quarter of an hour later Leverstock extended their lead with a terrific 25-yard volley which dipped into the bottom corner out of the reach of the goalkeeper. The game was threatening to turn into a rout when a looping header found its way into the goal to make it 3-0 after 36 minutes. Haringey came back strongly after half-time and laid siege to the Leverstock goal but they were hit on the counter attack with an excellent team move culminating in a toepoke home from inside the six-yard box. The hosts managed to grab a consolation in the final minute but Leverstock still came away with an impressive victory. 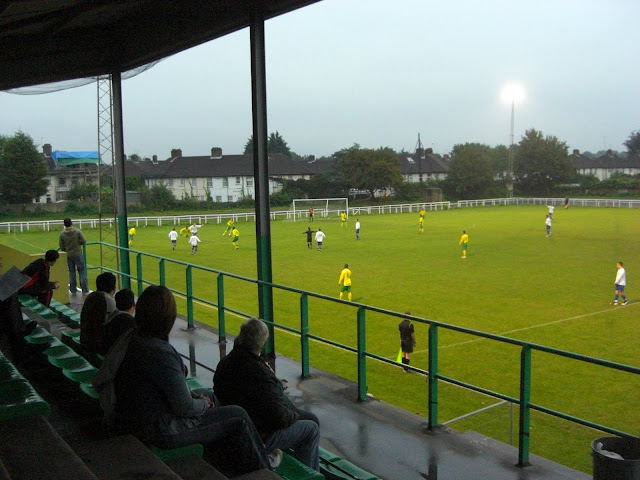