My sixteenth new ground of 2016 was on Tuesday 7th September at King George V Playing Field in Exmouth, Devon. The match was Exmouth Town vs. Tavistock in the South West Peninsula League Premier Division.

The King George V Playing Field is located close to the River Exe on a patch of green space nestled amidst residential dwellings. The Avocet Line runs directly behind the west of the ground and this leads into the terminus at Exmouth railway station a third of a mile south. The venue has been home to the club since 1964. 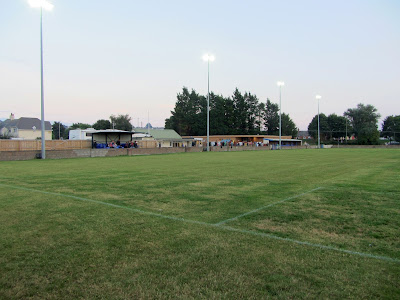 The east side of the ground has two separate stands - an older stand with around 60 seats is located towards the southern goal. This stand has a number of supporting beams in front of the seating which hold up the roof. Towards the northern goal is more modern 43 seater metal stand which was completed in early 2016. Set back from the pitch is a very well sized club house with a bar and food outlet included. There is an additional food outlet and club offices adjacent to club house and in front of the club house a grass area with a dozen picnic benches. Behind the older of the two stands there is a new looking wooden structure area for dressing rooms which demonstrates the recent investment in the venue. 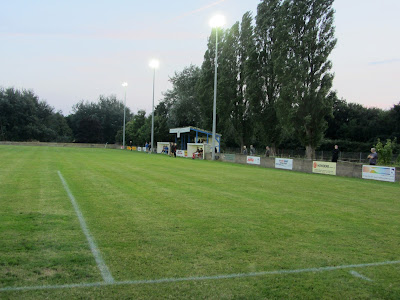 On the west side of the ground there is a small covered stand level with the half-way line which consists of 3 brick platforms. The two dugouts are then to the front and either side of this stand. The areas behind both goals are uncovered strips of concrete with grass behind - due to the road running behind the ground the southern goal has a little less space behind it than the northern one. 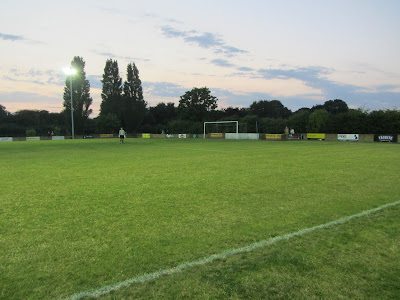 Tavistock started the brighter of the two sides and wasted a couple of good chances in the early going. In the 17th minute they did break through when a nice backheel found Jack Crago on the left-wing and Crago cut inside before drilling the ball past home goalie Chris Wright. In the 28th minute the visitors had a goal ruled out for offside before the hosts had their first meaningful chance in the 33rd minute when Jordan Charran's effort was tipped just over. On the stroke of half-time Tavistock doubled their lead from the spot. Crago again caused problems down the left wing and after he was tripped in the box the referee gave a penalty. Glyn Hobbs smashed the spot kick straight down the middle. The visiting side continued to be on top in the second half having a goal ruled out for a foul in the 56th minute before notching up their third goal in the 59th minute. This time it was Hobbs doing well down the right and when his cross was sent towards his own goal by an Exmouth defender the keeper could only palm it as far as Steve Rogers who shot in off the post from a couple of yards out. It wasn't until the final few minutes that Exmouth started to have some success with their efforts at goal - in the 85th minute a good double save by Tavistock goalkeeper prevented a goal but couple of minutes later the hosts did get their reward when Luke Durham drilled in a shot from edge of the box and it was steered in off a Tavistock defender. Exmouth had displayed plenty of effort up until this point so deserved to get a goal out of the game but Tavistock were more clinical over the 90 minutes and good value for their win. 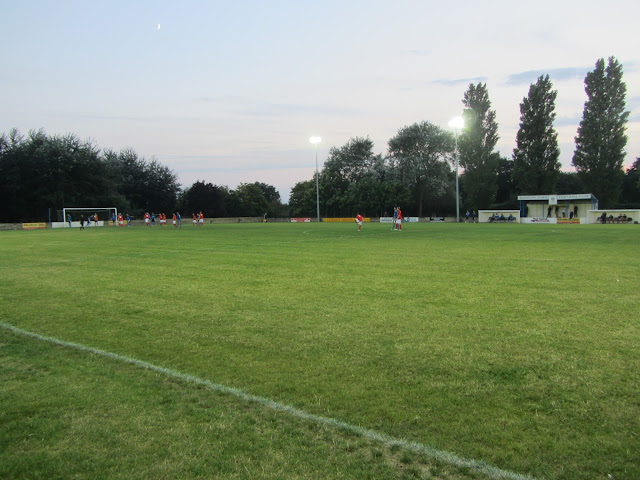