My forty-eighth new ground of 2019 was on Saturday 5th October at Bristol Road in Portishead, Somerset. The match was Portishead vs. Longwell Green Sports in Western League Division One.

Bristol Road is on the southern edge of Portishead, a mile south of the town centre. The club are part of a sports complex which includes multiple pitches which can be found to the north, east and west. The north side also runs up to the larger of the two site car parks and an industrial estate. The southern side is bordered by the Gordano School playing fields giving the ground a very green feel. The town does not currently have a railway station and the closest stations as the crow flies are on the wrong side of the Avon estuary. This means Bristol Temple Meads station nine miles south-east is the best option for connections to the ground. The venue has been home to the club since 1976. 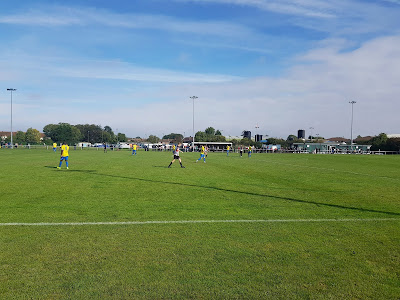 Outside the confines of the ground is a pleasant clubhouse including a patio area area with half a dozen picnic benches and a food outlet. Working through the car park leads to the ground entrance on the northern side of the pitch. This side is uncovered hard standing for its whole length though there is an additional large covered flat section set back from this to the east of the halfway line. Further along towards the eastern end is a building with the dressing rooms, boardroom and a snack outlet. 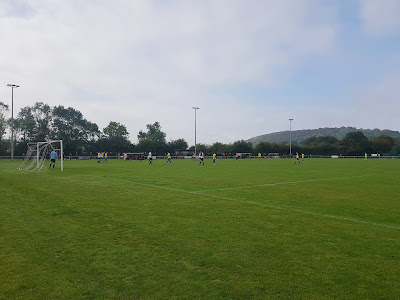 The southern side of Bristol Road has a small 50-seat all-seater stand on the halfway line which has a floodlight directly in front of it. There are brick dugouts either side of the stand and the rest of this side has a strip of concrete for uncovered hard standing with a large grass area behind. The eastern and western ends are similar in nature with both being fairly thin. The two ends have a strip of hard standing with the eastern end having hedges behind this and the western end a cage structure to separate from the rest of the sporting facilities. 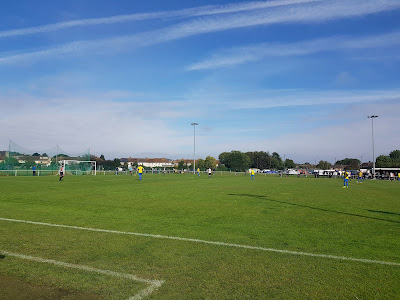 This game saw 6th pitted against 12th and it ended up being a thoroughly competitive morning. In the 9th minute Portishead could have scored when a good move across field finished with Callum Eastwood shooting straight at Longwell keeper Jamie Powell when one-on-one on the right side of the area. Longwell reacted by going straight up the other end in the same fashion with Liam Oswin also shooting straight at home goalie George Shanks Boon. Another great opportunity fell to the hosts in the 19th minute when a smart pass by Mitch Osmond unleashed Charlie Aldom way out of his own. With all the time in the world Aldom miscontrolled and his shot was easily saved. After this Longwell started to get on top of the play and opened the scoring in the 31st minute. After a series of corners Eugene Keary was tripped in the box and Danny Carter sent the resulting spot-kick straight down the middle. Portishead so nearly went in level at the break as during first half injury time George Parsons lofted effort towards goal was headed off the line by Eugene Keary. Just after the restart Longwell missed a glorious chance - a cross from the right found Lovejoy Mafini steaming into the six yards box but he headed straight over when he should have scored. In the 52nd minute Portishead equalised with a penalty of their own - Luke Coghlan was fouled right on the far edge of the box and Mitch Osmond stroked the penalty to Powell's right as he dived the wrong way. The hosts were level for barely a minute though as they fell behind again when Sam Crumb beat the offside trap down the left and produced an excellent hanging cross which landed on the foot of Danny Carter at the back post who was barely a yard out. Six minutes later the visitors scored a very similar goal when another hanging cross was dropped by George Shanks Boon with the ball falling to Lovejoy Mafini who knocked in from a couple of yards. The lead was pegged back by one in the 64th minute with the third penalty award of the match. This one appeared the softest of the three, given for climbing on Charlie Aldom. Mitch Osmond took the penalty which was carbon copy of the first with him sending the keeper the wrong way. The goal spate continued and in the 68th minute a corner into the home box saw a Chris Alway shot saved only for Sam Crumb to prod home. A sixth goal in the space of 19 minutes quickly followed - after a bit of a scramble in the away area the ball was cleared out to Callum Eastwood on the edge of the penalty box and his low shot threaded its way through a sea of bodies into the bottom corner. Finally in the 85th minute Longwell wrapped up the points with a goal which was again similar to their second and third efforts. A hanging cross from Danny Carter from the left found Conor Britton who headed in on the line to secure a 5-3 win for the visitors. 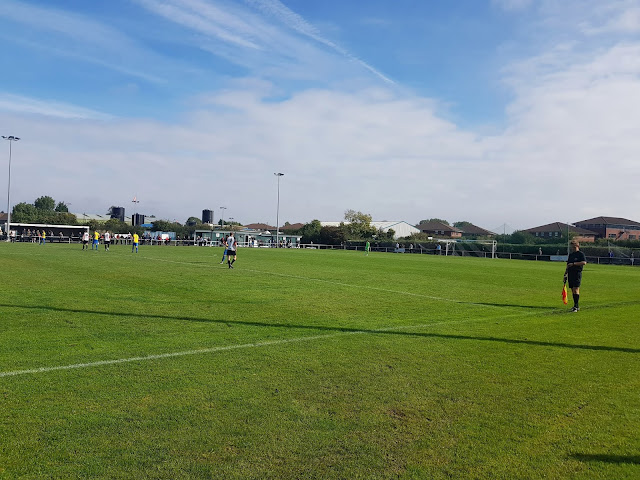