My twentieth new ground of 2019 was on Wednesday 10th April at Pennypit Park in Prestonpans, East Lothian, Scotland. The match was Vale of Leithen vs. Glasgow BSC in the Scottish Lowland League.

Pennypit Park is a couple of hundred yards south of the Firth of Forth in the northern section of the town of Prestonpans. The football ground is in a sporting complex with a near-identical rugby union stadium on its western side with artificial pitches and an elongated running track beyond this. On the northern side is a community centre while housing borders the eastern and southern ends. It is half a mile north-west of Prestonpans railway station. East of Scotland League side Preston Athletic FC moved to the venue in the early 1960s but Lowland League side Vale of Leithen use the ground for evening games due to a lack of floodlights at their venue. 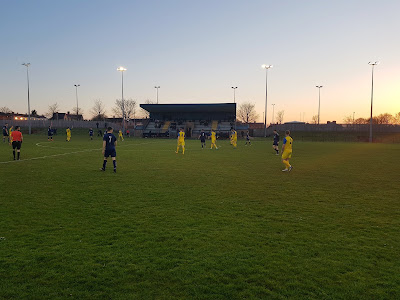 The entrance to the ground is in the south-west corner where the clubhouse can be found. There is one stand at Pennypit Park which is halfway down the western side. The stand has eight concrete levels with metal benching affixed to each level. The dressing rooms are contained within the interior of the stand and the two dugouts are directly in front of it. The stand is built into a steep grass bank so the elevated grass viewing areas are either side of the structure. At ground level there is hard standing all the way along, the only side of the ground to have this as a feature. 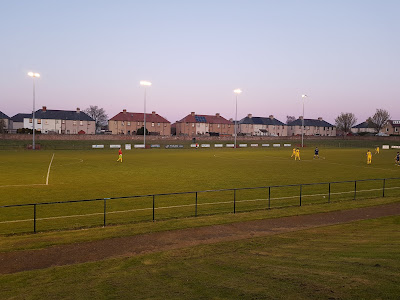 The rest of the ground is uncovered grass standing. The grass bank continues round from the western side behind the southern goal and round the eastern side. This results in plentiful viewing areas for fans and the steep nature of the banks result in good views from the top. This also gives the venue an enclosed feel and reduces the impact on the adjacent housing. The only flat end is the northern end behind the goal due to it backing onto the community centre. 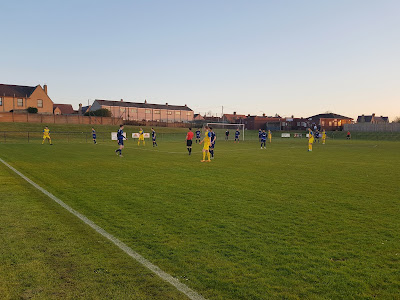 Glasgow BSC were hoping to get back on track in their race for 2nd place in the table after a defeat the previous Saturday. Vale of Leithen had set to rest any relegation fears with a 5-0 win over Cumbernauld last time out so were hoping to continue that into their next game. It was however the away side who struck first - a cross from the left by Euan O'Reilly was headed back the keeper from six yards by Ross McMillan. Glasgow's advantage really should have been doubled just before the half-hour mark when a ball up to Tom Orr saw him round the keeper just outside the area but drag his shot just wide of goal. Leithen's best chance came in the 41st minute when a header from a corner was cleared off the line by Glasgow's Jamie Mills. After an hour the visitors went further in front - a shot from Ross Lindsay was well saved by the home keeper but the rebound was then drilled across the face of goal for Thomas Collins to knock in on the line. Just five minutes later the contest was finished off by a third away goal. Euan O'Reilly did well down the right to beat a man before squaring for Collins who steered in from 12 yards to grab his second of the night. Leithen didn't offer too much in the final stages and it looked more likely that Glasgow would extend their lead. The visitors had a goal ruled out for offside in the 82nd minute but a 3-0 win would suit nicely as they reestablished their runner-up credentials. 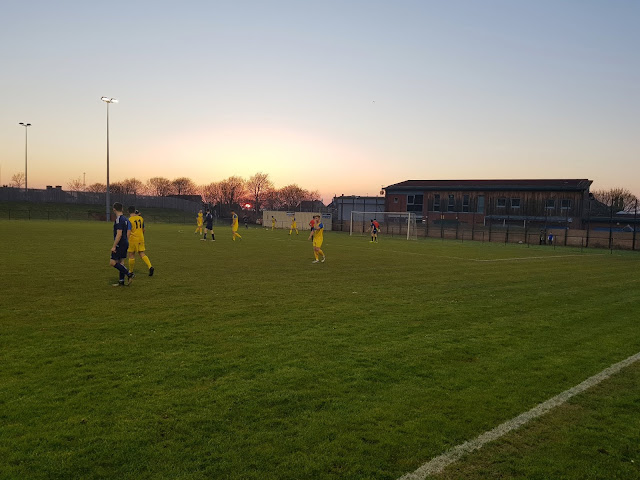