My seventh new ground of 2019 was on Saturday 9th March at New Bucks Park in Bootle, Merseyside. The match was Bootle vs. Ashton Athletic in the North West Counties League Premier Division.

New Bucks Park is at the southern edge of an industrial estate/business park in the east of Bootle. With this complex bordering the ground on the northern, eastern and western sides the remaining southern side sees a railway line running adjacent to it. This line runs up to the nearest railway station at Aintree. The station, which serves Aintree Racecourse, is a half mile walk from New Bucks Park. As the name suggests this is not the first venue to carry the Bucks Park name with the club playing at the original location between 1977-2002. After this closed in 2002 a four-year spell without a permanent home followed before the club moved to their present home in 2006. 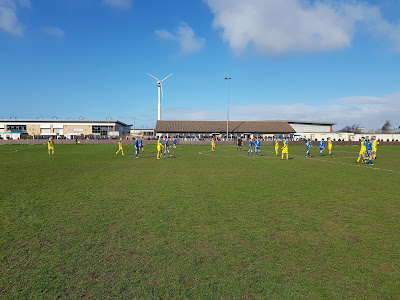 The northern side of the ground has uncovered hard standing for its length but in the middle has a large clubhouse which has wooden decking extending out towards the pitch. There are a number of picnic benches on this decking offering a good spot to watch proceedings from. The clubhouse building also contains the player dressing rooms. The opposite side of the ground also has uncovered standing for its length with flat grass behind the concrete strip next to the pitch. Further beyond this side are some additional cage pitches which were being used for walking football while the game was underway on the main pitch. 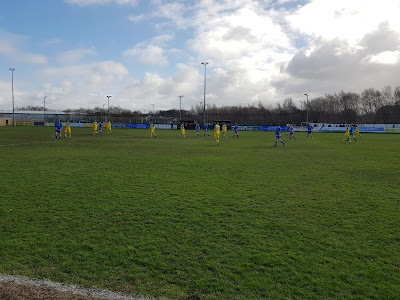 The stands at the venue are all behind the two goals. At the western end there is a two-level covered concrete terrace taking up the middle half of this side. Either side of this is more uncovered standing with adjacent shipping containers shielding fans from the wind. The eastern end has two separate structures - the larger of the two is an 109 seat stand towards the northern side. The smaller one is a split stand with 42 seats assigned to one half and a 4 level metal terrace assigned to the other half. 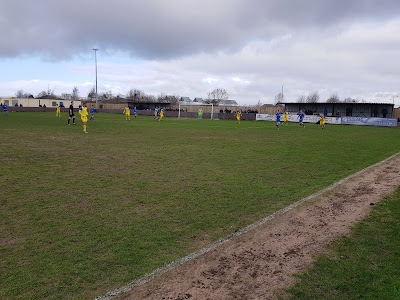 Bootle came into the game in the midst of a fantastic run of form which had seen them win their previous 13 league games en route to 2nd place in the league. It was no surprise therefore to see the hosts open the scoring in the 11th minute. They had a helping hand from the visitors as Ashton's Luca Defreitas-Hansen misguided a header letting in Carl Peers on the right side of the area. Peers drilled a low shot across goal into the bottom corner to put his side 1-0 up. After a quarter of an hour Ashton went close to a quick equaliser when Adam Gilchrist played in Joshua Nicholson on the left of the box and his shot hit the outside of the post. Bootle extended their lead in the 19th minute when Carl Peers smashed a 25-yard effort into the top corner. The away side were a bit stunned with this goal out of nowhere but managed to peg the deficit back just four minutes later. A quick break down the left saw Adam Howard square for Adam Gilchrist to poke under the keeper from six yards. Though Bootle were the best side in the opening quarter of the game this reversed in the second quarter and the away side were a whisker away from going in level at the break - in injury time a ball found Adam Gilchrist in the area and he spun and drove a shot just wide of the post. The visitors continued their good play into the second period and within five minutes of the restart were level. A swift free-kick was laid off to Charlie Munro who shot into the bottom corner from just outside the D. It wasn't until after the hour mark that Bootle got on the front foot again - a goal nearly arrived in the 63rd minute when a ball was crossed from the right with an attacker stretching at the back post to prod the ball inches wide. Nine minutes later the scoreline did change to 3-2 in favour of the home team. Carl Peers had a shot from 20 yards out which was spilled by Ashton keeper Martin Pearson allowing Ryan Cox to knock in the rebound. In the 79th minute Cox should have grabbed a second when he capitalised on an air kick by away defender Defreitas-Hansen to go in on goal. However in this instance Cox was only able to shoot straight at Pearson. As the game entered the final minutes Ashton pushed forward leaving space at the back and in the 90th minute this worked against them. Carl Peers found space out on the right before putting it across the area for Steven Jones who had all the time in the world to pick out the bottom corner of the net to secure a 14th straight win for the Merseyside team. 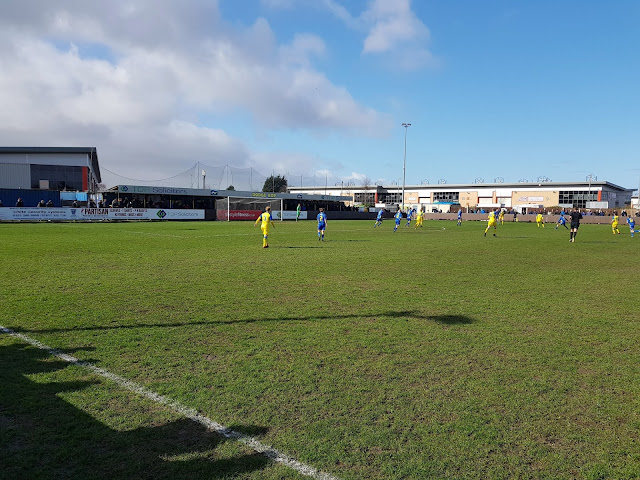