My fiftieth new ground of 2019 was on Saturday 5th October at Nursteed Road in Devizes, Wiltshire. The match was Devizes Town vs. Ashton & Backwell United in Western League Division One.

Nursteed Road is a mile south of Devizes town centre. Bookended by housing on the eastern and western ends the ground has an industrial estate to the south and additional grass pitches to the north. The venue opened in 1965 and with the town's railway station closing the following year the nearest railway station is now Melksham nine miles to the west 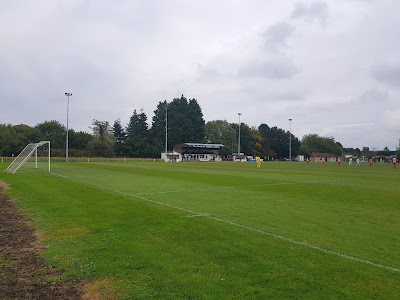 The southern side of Nursteed Road has a large clubhouse building with a bar and dressing rooms. There are two disused buildings to the west of this, a larger one which is attached to the side of the clubhouse and a smaller building towards the far end of the pitch. In front of all these buildings is uncovered hard standing which is set back a long way from the pitch. 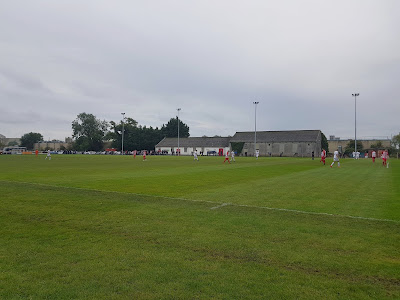 The sole stand in the ground is by the halfway line on the northern flank. This stand has a raised seating deck consisting of four rows of wooden benching. There is a smaller dressing room building attached to the stand as well as the two dugouts either side of it. The rest of this side is uncovered hard standing. The western section used to be used for car parking but is now very overgrown and not suitable for spectators. The eastern and western ends are similar in nature with both having a strip of uncovered hard standing with decent sized grass areas behind. 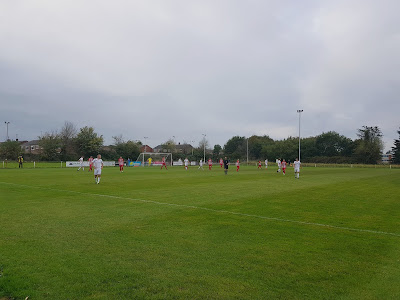 The visitors went into the game having a better time of things than their hosts with Devizes down in 16th place in the table. Unsurprisingly Ashton started well and hit the woodwork twice in the opening 17 minutes. The first of these came in the 7th minute when an away attack was headed clear to Sam Thomas on the edge of the area and his curling volley came back off the post. Ten minutes after this Harry Walker won the ball on the left and unleashed a dipping 30 yard volley which hit the crossbar with Devizes keeper Martin Mitchell beaten. After this the action died down the next meaningful event came a minute before the break as an Ashton corner was headed towards goal and hit a Devizes defender on the line. The visitors appealed for a goal but the whole of the ball did not cross the line and the game remained goalless at half-time. The away side started the second half in similarly positive fashion and got their reward in the 49th minute when they took the lead. It started with an attacker beating a couple of challenges before being fouled approaching the area. While appeals were ongoing substitute George Jones pounced on the loose ball and steered low past Mitchell from 12 yards. The visitors continued to be the better side in another poor half of football and could have increased their margin of victory in the 81st minute when a ball over the top found George Jones who took a first time shot from 15 yards which ended well over the crossbar. 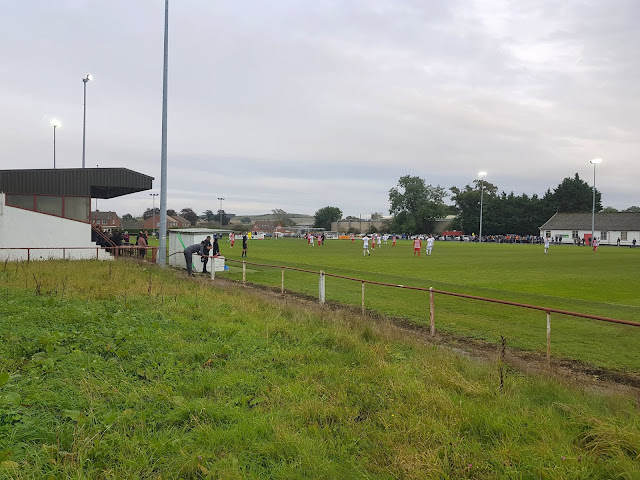