My first new ground of 2015 was on Friday 2nd January at the Cardiff City Stadium in Cardiff, Wales. The match was Cardiff City vs. Colchester United in the F.A. Cup 3rd Round.

The Cardiff City Stadium sits in the Capital Retail Park not far from the centre of the city. It is less than half a mile from Ninian Park railway station though there are several other stations, including Cardiff Central, within walking distance. The venue was opened in 2009 when the club moved from nearby Ninian Park which had been their home since 1910. 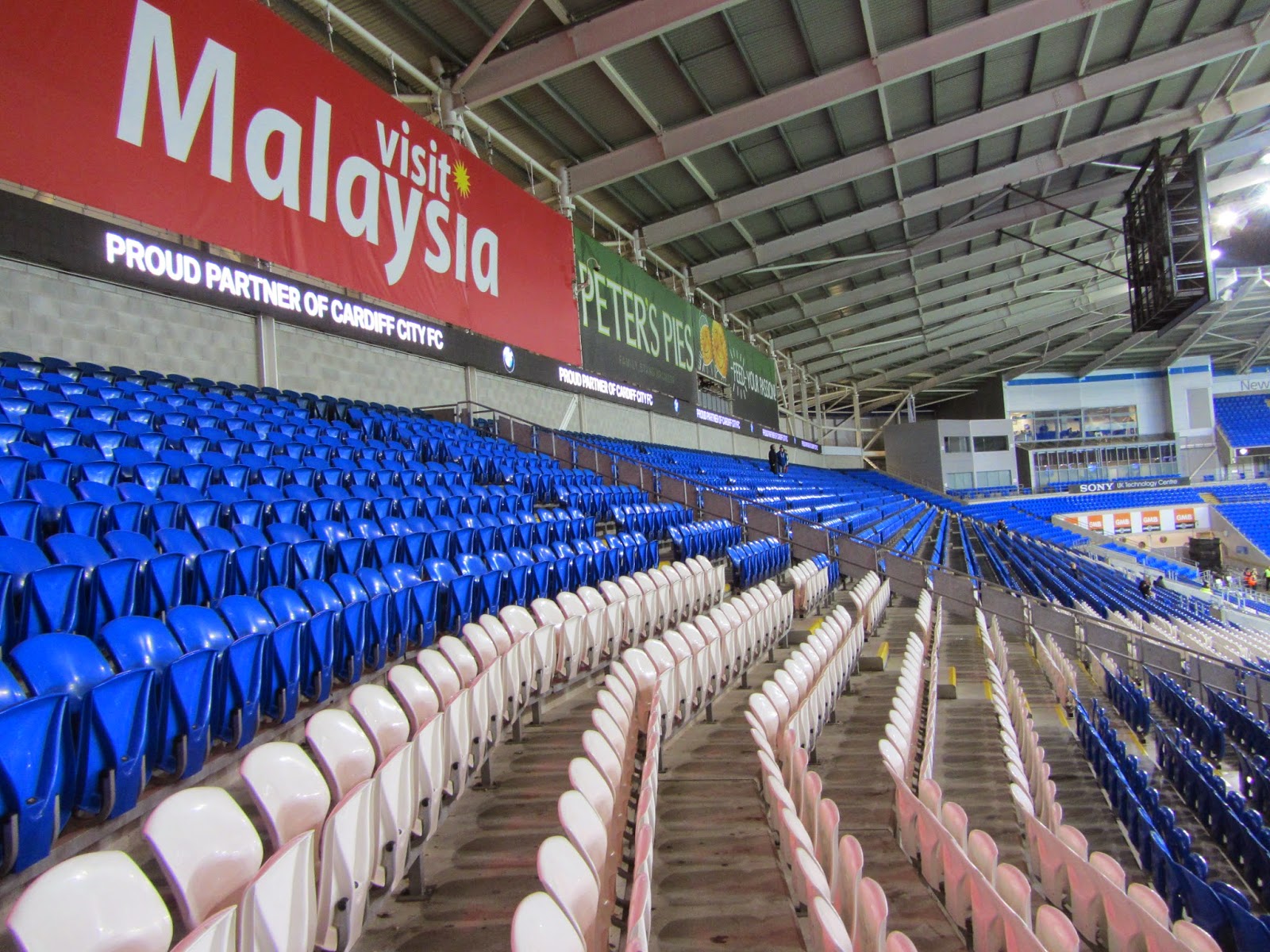 When built the stadium was a single-tier bowl on three sides with only the Grandstand on the south-west side of the venue split into two tiers. The Grandstand's two tiers are separated by a row of executive boxes while there are also additional corporate facilities at the back of the upper tier. The two corners of The Grandstand house the club offices though there is a thin layer of seats in front of this to ensure the seats extend the whole way round the ground. 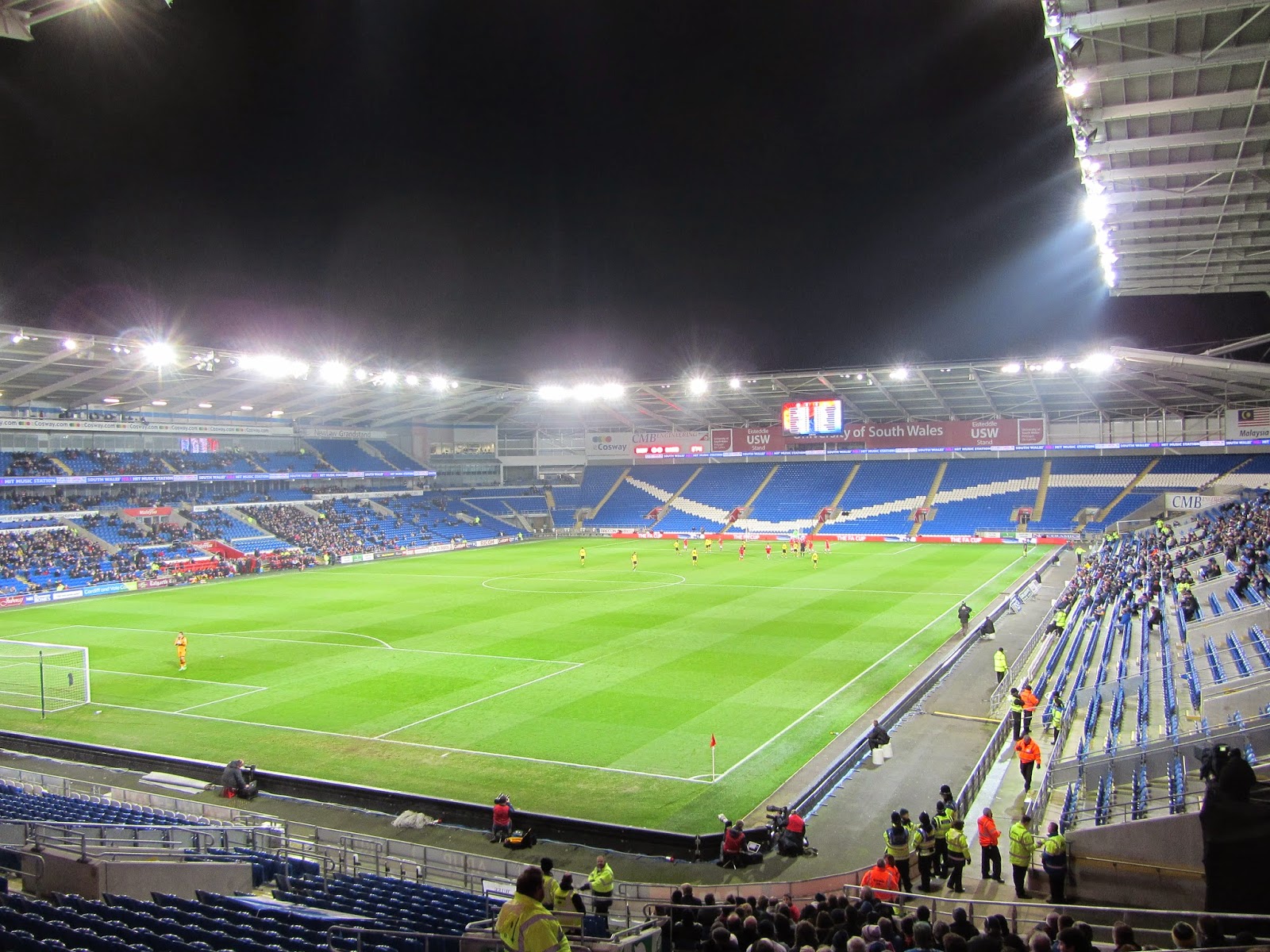 In summer 2014 the Ninian Stand had an extra two tiers added to it thereby increasing the stadium capacity from around 28,000 to 33,316. The expansion consists of a larger upper tier and a smaller middle tier with some further corporate sections at the back of this. For the time being the stands behind the two goals remain single tier though there are plans in place to expand these as well should Cardiff become established in the top tier. 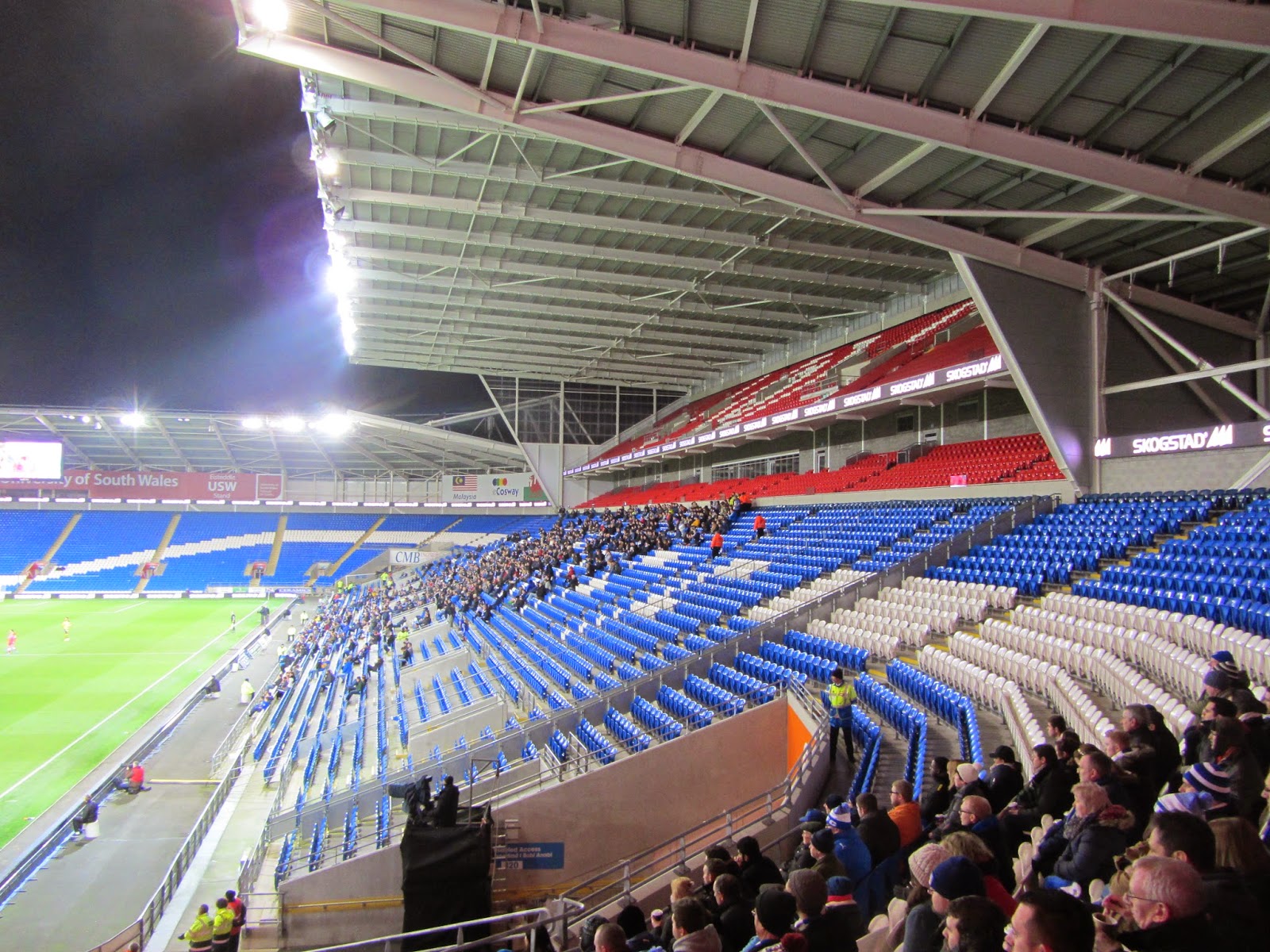 The match was one between two out-of-form sides and there was little to choose between them in the opening half-hour with both looking poor. In the 34th minute Cardiff grabbed the opener in fortuitous circumstances as Joe Ralls' 25-yard effort deflected off two Colchester defenders and looped over Sam Walker in the away goal. Just before the break Gavin Massey came close to pulling Colchester level but a good close range save from Simon Moore kept him out. The home side established a hold on the game in the opening passage of the second half and went 2-0 up in the 53rd minute. A corner was not well dealt with and while the ball was still up in the air Kadeem Harris reacted quickly and scored into the bottom corner with a bicycle kick. On the hour mark Cardiff went 3-0 with another goal from a corner after the run of Kenwyne Jones was not tracked at all allowing him to nod into the far corner of the net. Just when it looked like Colchester could be on the end of a hammering they got a goal back from Freddie Sears who ran at the Bluebirds defence before performing a 1-2 with Sanchez Watt and smashing the ball past Simon Moore. For the final quarter of an hour the visitors were the better side and almost made it an exciting finish when Dion Sembie-Ferris had an effort cleared off the line. This was the last meaningful action of the game as Cardiff advanced to the next round in front of the smallest ever crowd at the stadium. 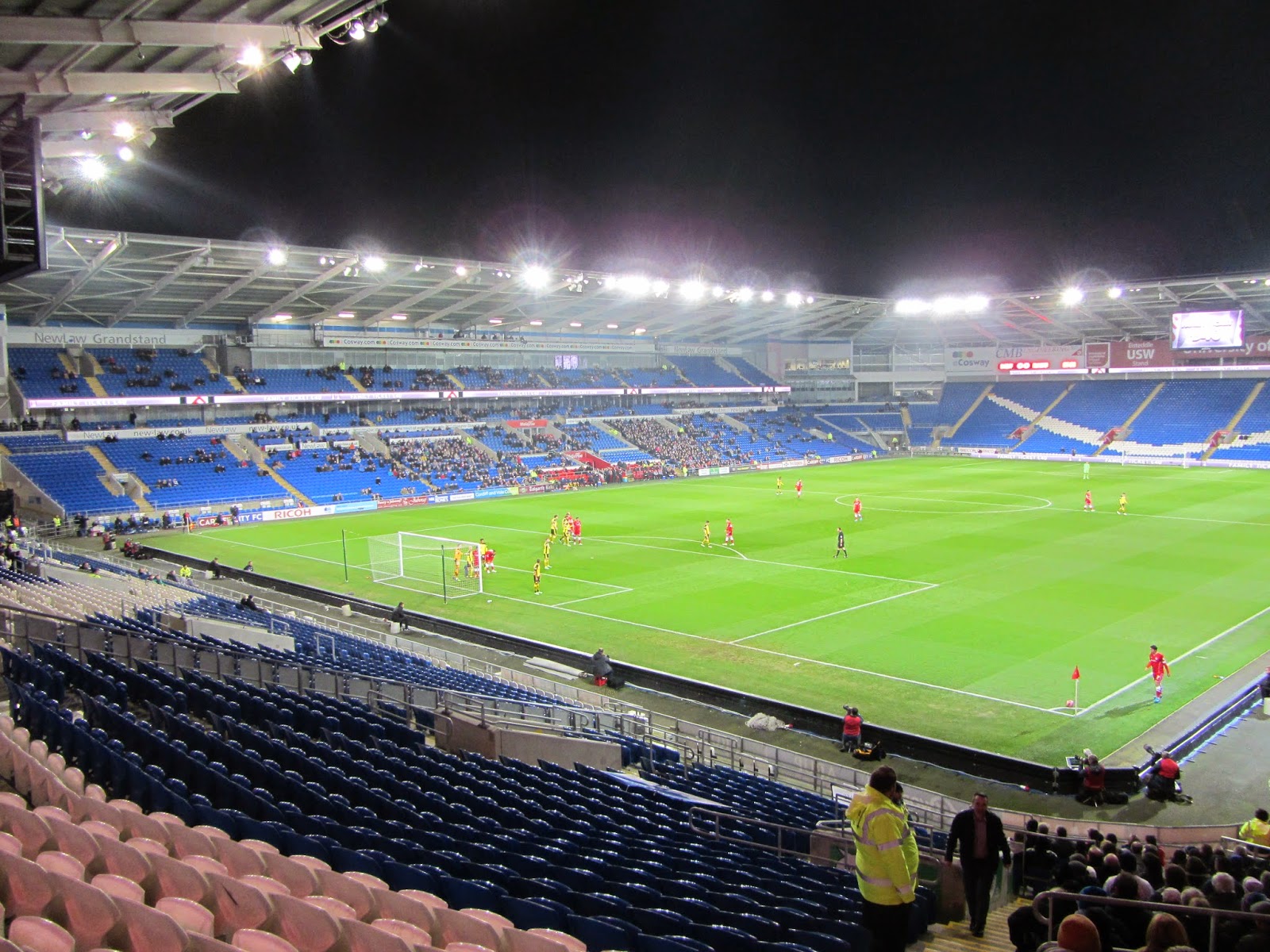