My seventh new ground of 2011 was on Monday 14th February at Mayesbrook Park in Barking, London. The match was Eton Manor vs. Takeley in the Essex Senior League.

The Mayesbrook Park ground sits within the confines of Mayesbrook Park itself. The park, in north-east London, is surrounded by residential housing with the ground one mile from Becontree tube station on the District Line. The venue has been home to Barking FC since 1973 when the club was forced to relocate from its former ground at Vicarage Field. 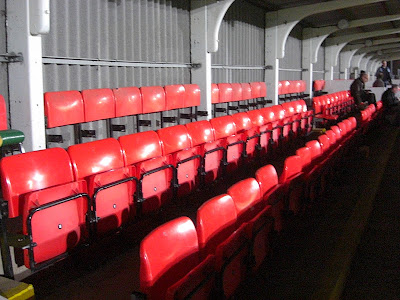 The ground sits right next door to an athletics venue which you can access through a gate behind the main stand. Mayesbrook Park has one stand running most of the length of the pitch along the south side of the venue. The majority of this is given over to seating with around 125 seats in total. This number would be higher if not for the fact almost the entire back row of seating has been removed. There is also section of the stand towards the eastern end which is raised concrete standing area. 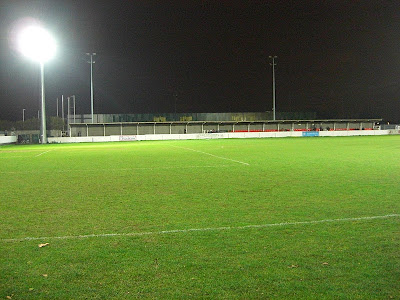 In addition to the stand on the south side of the ground, there is a covered stand directly behind the goal on the east side of the venue with a raised concrete standing area which gives good views. The rest of the ground is a general standing area behind the concrete wall that goes around the pitch. One unusual feature of the ground is that because it backs onto a park, a group of children playing football just behind the ground often sent balls flying over onto the pitch during play. It's not unusual to see balls flying out of a ground, but to see them flying into a ground was an odd sight. 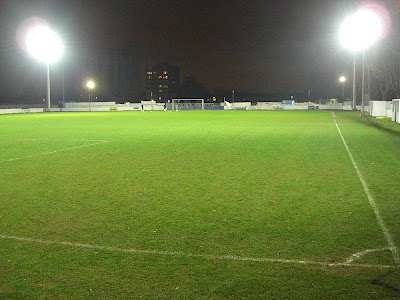 Despite the fact the ground is home to Barking FC, the game was an Essex Senior League tie between Eton Manor and Takeley. This is because Eton Manor were temporarily playing at Mayesbrook Park before they moved back to their Capershotts home in Waltham Abbey for the 2011/12 season. The match resulted in a comfortable 3-0 victory for Eton Manor over the visitors. 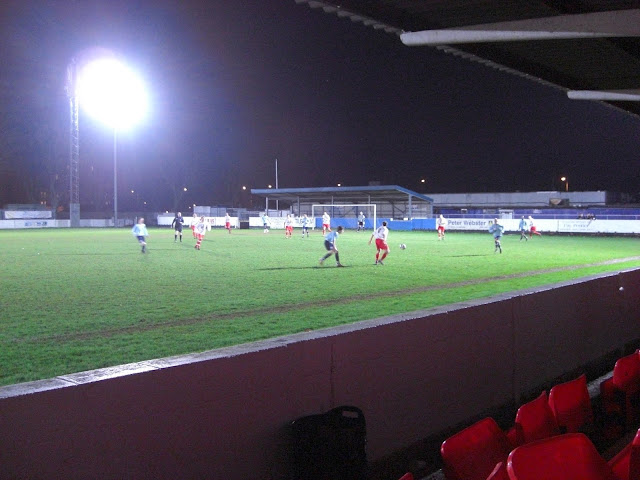