My tenth new ground of 2011 was on Tuesday 22nd February at Cressing Road in Braintree, Essex. The match was Braintree Town vs. Basingstoke Town in the Conference South.

Cressing Road is situated around three-quarters of a mile from Braintree railway station and has been home to Braintree Town since 1923. It is an old-style ground that very much reminded me of Colchester United's former Layer Road ground. Three of the sides of the stadium are standing - behind the goal at the northern end of the ground is the Clubhouse End, a section of raised concrete steps able to house just under 1,000 fans. This area has no roof or sides to it and is just separated from general viewing by some metal bars. 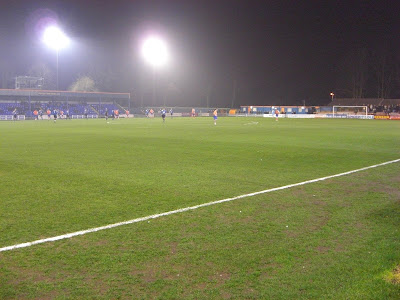 Running alongside the pitch on the eastern side of the ground is the Cressing Road Terrace which is a mostly covered terraced stand. This is the largest capacity stand in the ground with room for 1,300 supporters. When I visited the ground, the Quag End behind the goal at the southern end of the venue was a partly covered terraced section. Upon promotion to Conference National the club were told to improve the terracing which they have done although the new stand is now an uncovered one. The only seated area is the Main Stand which can seat up to 550 spectators. However, as this only takes up around half the space on the side in which it sits, there are standing areas either side of it for fans. 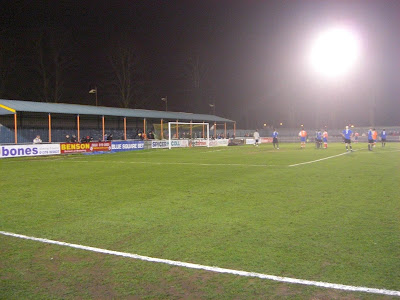 One feature I particularly liked was the club shop which also reminded me of the old Layer Road, with it hosting many hundreds of old match programmes for Braintree Town as well as bigger sides from the region like Ipswich Town and Colchester United. It was quite a collection and nice to spend a bit of time browsing in there. 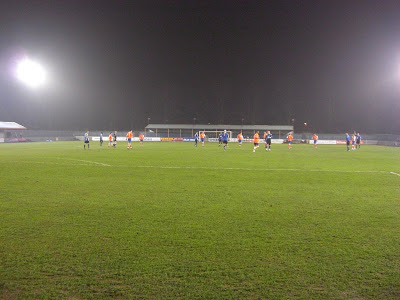 The game started off with a dull opening half-hour but came into life with a bang when a Basingstoke defender handled on the line and was sent off. Braintree scored the subsequent penalty and then got a rapid second to put Basingstoke on the back foot. In the second half Braintree tore into their opponents grabbing another three goals although Basingstoke were able to grab a couple of goals themselves in a terrific 45 minutes of action. 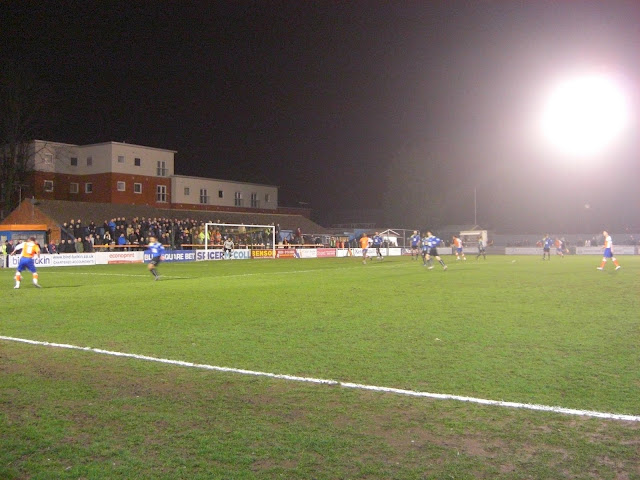