My sixty-second new ground of 2011 was on Saturday 24th September at Adams Park in High Wycombe, Buckinghamshire. The match was Wycombe Wanderers vs. Sheffield United in Football League One.

Adams Park is around 2.5 miles from High Wycombe railway station although there is transportation available in the form of a matchday bus which leaves the station around an hour before kick-off and heads back from the ground ten minutes after the final whistle. The venue is located in an industrial estate on the outskirts of High Wycombe and has been home to Wycombe Wanderers since 1990. 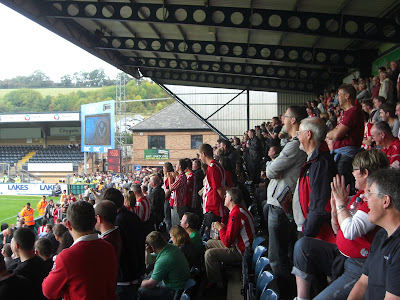 The Frank Adams Stand runs alongside the pitch on the south side of the venue and is by far the largest stand in the ground. It was originally single-tiered like all the other stands in the ground but in 1996 was converted to a two-tiered structure with a capacity of 5,000. Opposite this on the north side of the ground is the Bucks New University Stand, a rather small all-seater stand which can hold around 1,250 fans. Because of its short height it does allow a picturesque view of the surrounding countryside for fans watching the game from the other stands. 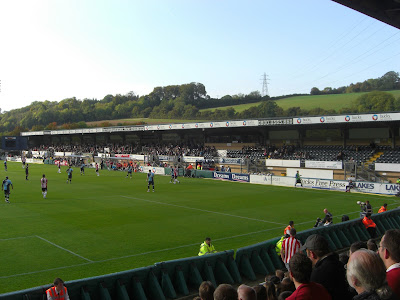 The only terraced section in the ground is the Greene King IPA Terrace which sits behind the goal on the west side of the ground. This has a capacity of just under 2,000. Behind the other goal is the all-seater Dreams Stand which can hold up to 2,000 away fans. As I was attending the match with my friend who is a Sheffield United fan this is where I watched the action from. 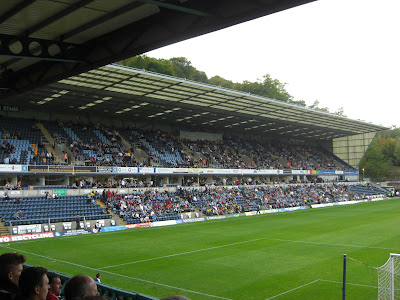 The game saw Sheffield United dominate much of the opening play, with large spells of possession albeit with little to show for their pressure. On the half-hour mark the hosts scored against the run of play when the ball fell to Stuart Beavon in the box who fired into the top corner. This goal buoyed Wycombe who put the visitors on the back foor for the rest of the half. In the second period Sheffield United came back into the game and rattled the crossbar from 25 yards. The close of the match saw the away side have a whole host of chances but were let down by poor finishing with Wycombe holding out for a 1-0 win. 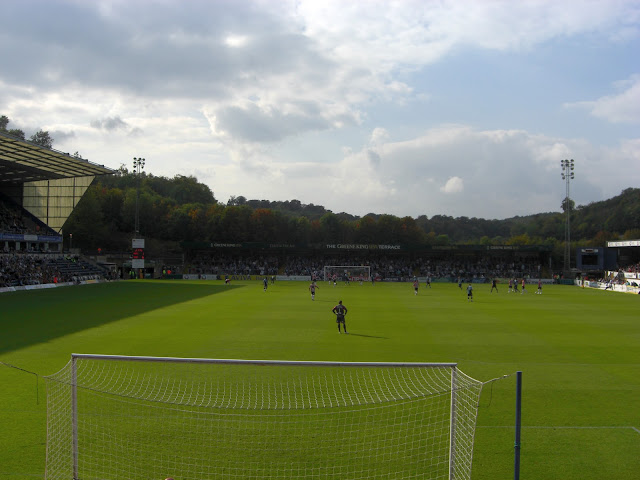