Date: 22nd August 2020
Ground: Keighley Road
Location: Silsden, West Yorkshire
My fourth new ground of 2020 was on Saturday 22nd August at Keighley Road in Silsden, West Yorkshire. The game was Silsden vs. Bradford Park Avenue in a friendly.
Keighley Road is right on the southern edge of Silsden in line with the town sign. It is part of a sports complex with additional football pitches, a cricket field and a golf driving range to the south of the ground. The western side has another football pitch squeezed in at the limit of the site with fields beyond this. The north backs onto a new development with the eastern flank leading out to the car park and the road into town. The club originally played on Keighley Road when they formed in 1904 and after moving to the town's rugby league stadium at Cougar Park moved back into a redeveloped version of Keighley Road in 2010. 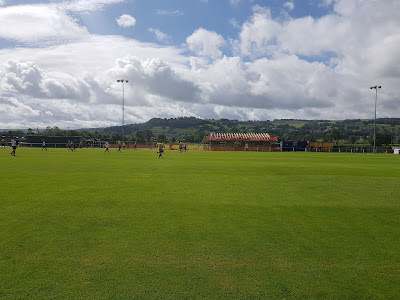 The eastern end of the ground has the club building housing the clubhouse, bar and dressing rooms. In front of the bar is an uncovered three-level terrace though there are plans in place to extend the club building roof to put a canopy over this. To the south of this is the 1904 suite demountable and then a grass area with hard standing by the pitch itself. 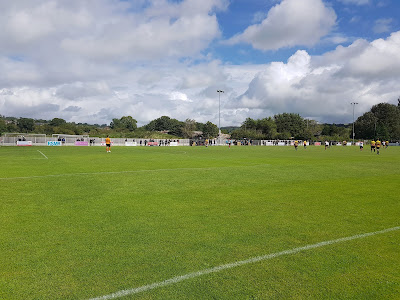 The western end has a four-level covered metal terrace with hard standing either side of this. The northern flank has the two dugouts with a fairly narrow standing area for the whole length. The southern side is uncovered standing though upon my visit construction was underway on two new structures. Towards the western end was a new building for hospitality and a food outlet while towards the eastern end a new all-seater stand to rectify the current situation of there not being a seated area in place. 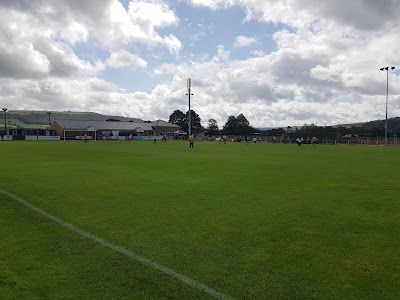 The match was a friendly between Northern Counties East League Premier Division side Silsden and National League North side Bradford Park Avenue. The home side came close to a 4th minute lead as an error by a Bradford trialist resulted in the ball being given away on the edge of the box. It broke to Chris Wademan who shot just over the bar. The first half was a quiet but even affair with the next meaningful action coming in the 41st minute when Silsden's Khurram Shazad played a nice through ball to Wademan who was denied by the keeper from close range. Just before half-way the visitors were given the chance to take the lead after a trip inside the box. Ollie Johnson struck the spot-kick low to Alfie Darke's right as the Silsden keeper went left and that was 1-0 to the away side as the half-time whistle immediately blew. Five minutes after the break Bradford went 2-0 up - an attack down the left saw the Silsden defence all congregate on this side of the field. The ball was poked to Jamie Lyons on the far post on the left of the box and in acres of spot he had time to control and knock past Darke from a couple of yards out. The hosts reduced the deficit back to a single goal in the 66th minute when Shaun Airey powered home a corner with a forceful header in the six yard box. Avenue were the better side for the next passage of the match and in the 70th minute a mazy run by Brad Dockerty culminated in a fierce shot being parried by the home goalie. Silsden had a decent final ten minutes as they chased an equaliser but it wasn't to be and the side from three divisions above them ran out winners. 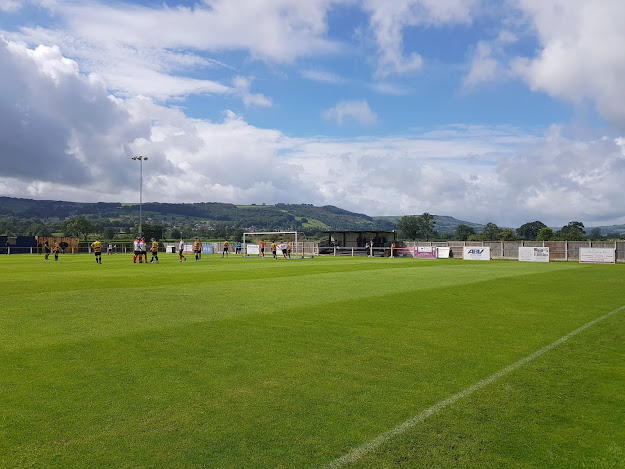