My forty-fifth new ground of 2011 was on Wednesday 17th August at Cricket Field Road in Newmarket, Suffolk. The match was Newmarket Town vs. Cambridge Regional College in the Ridgeons Eastern Counties League Premier Division.

Cricket Field Road is less than half a mile from Newmarket railway station and has been home to Newmarket Town since 1885. 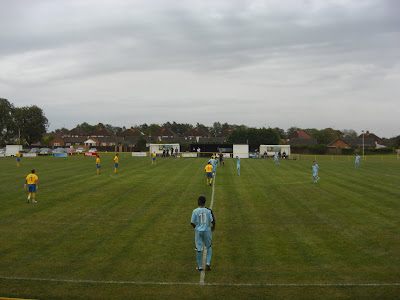 The ground is located in a residential area on the outskirts of the town and is surrounded by trees on most sides. All the facilities are located on the north side of the venue which runs alongside the pitch. There is one reasonable sized all-seater stand capable of holding 150 people with a covered standing area to the left of it. This area also contains the team's decent clubhouse. 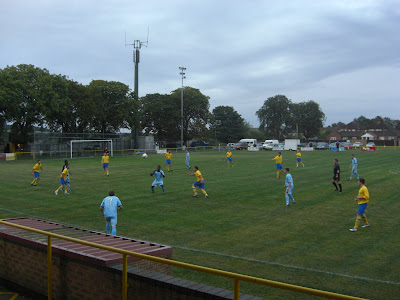 The rest of the ground consists of general standing with a metal barrier separating the pitch from spectators and any cars parked on the south-east corner of the ground. There is also netting up behind both goals to prevent balls going over the short fencing around the venue although a few wayward shots during the match did manage to make their way over. 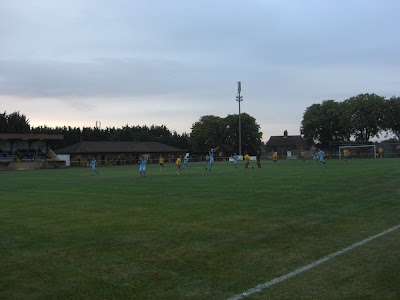 The game was one of missed opportunities with neither side able to get the ball in the net during the 90 minutes. The first half was characterised by each side having spells of dominance though the second period was more end-to-end stuff as the teams searched for a winner. A combination of the woodwork being hit three times and some good goalkeeping meant that the tie remained goalless and both teams had to be content with a point. 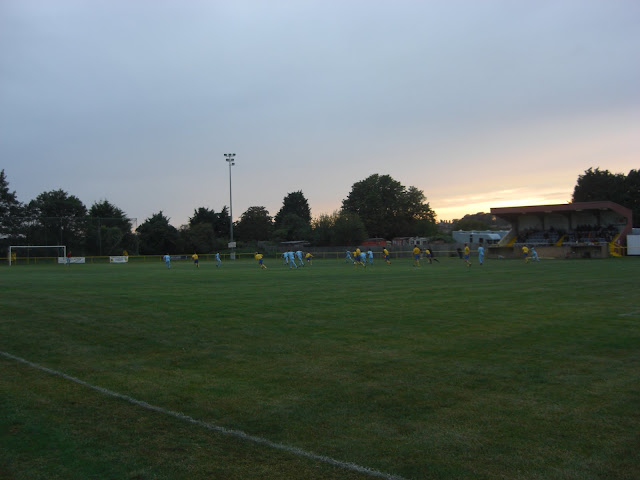