My twenty-sixth new ground of 2011 was on Tuesday 19th April at Brantham Leisure Centre in Brantham, Suffolk. The match was Brantham Athletic vs. Wisbech Town in the Ridgeons Eastern Counties League Premier Division.

The home side play their games at Brantham Leisure Centre in the village of Brantham. The closest railway station is Manningtree just over a mile away and the walk to the ground takes you over the River Stour which straddles the counties of Essex and Suffolk. 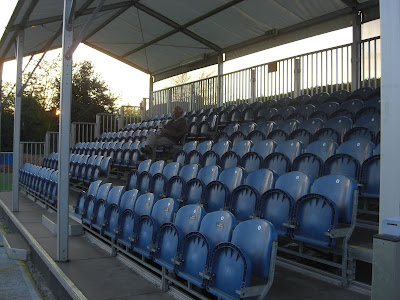 The ground itself, as the name would suggest, shares its location with the local leisure centre meaning it is quite basic in nature. The primary viewing areas at the ground are the two small stands. The first of these, situated behind one of the goals, is a modern all-seater stand able to house around 125 spectators. The second stand is located alongside the pitch and is a dated looking structure with wooden seating. 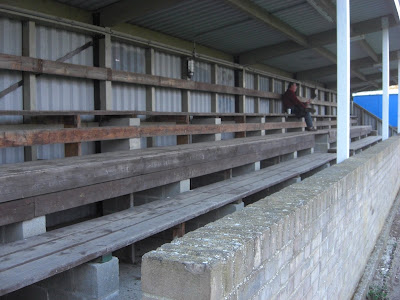 On the other side of the venue sits the bar/clubhouse where you can watch the game from without technically being inside the ground as far as I could work out. Only three-quarters of the pitch is ring-fenced with a steel barrier, with the remaining side having nothing to separate it from an adjacent playing field. With it being so open, one fan got too close to the action in the second half which lead to a reprimand from the referee. 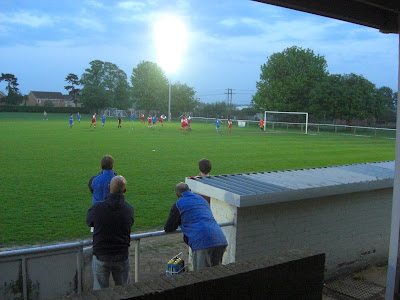 The game was a scrappy one with little quality shown by either side. Wisbech Town took the lead after 11 minutes, bundling in a goal-line scramble. This was the only meaningful action of the first period. In the second half, the game became more even and both teams were able to grab a goal. It finished in a 2-1 win for the visitors, which given the relative positions of the two clubs in the league table was probably an expected result. 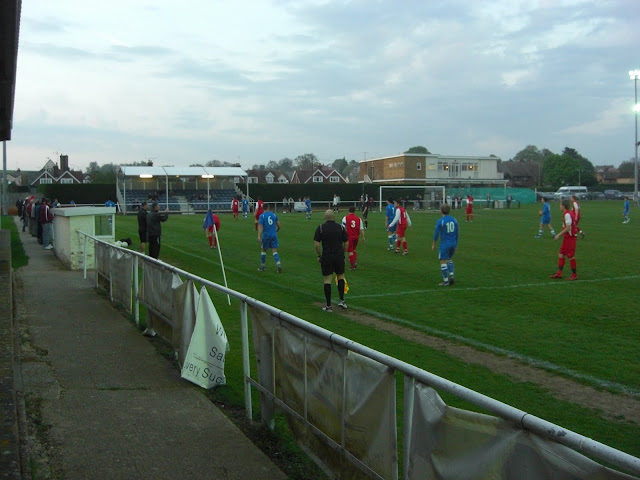