My seventh new ground of 2012 was on Tuesday 27th March at the St Margaretsbury Recreation Ground in Stanstead St Margarets, Hertfordshire. The match was St Margaretsbury vs. Leverstock Green in the Spartan South Midlands League Premier Division. 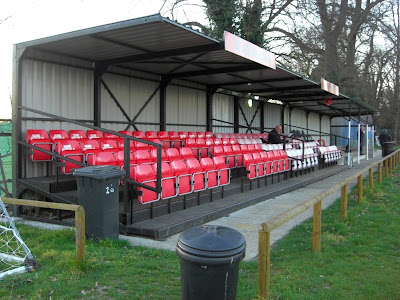 All the ground's facilities are located on the western side of the venue with three adjoining stands level with the half-way line. Two of these, the Jack Smith Stand and the Lyndon Groucott Stand, are all-seater structures with 50 seats in each giving a total of 100 seats. Next to this is a covered terrace with raised steps and a few chairs located along the back wall. 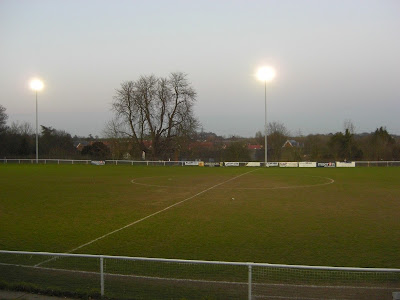 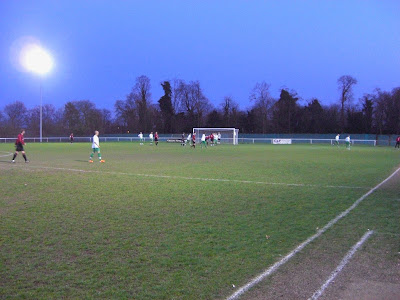 The game featured a frenetic opening quarter of an hour as both teams went for it from the first whistle. In the 8th minute the home side took the lead with a stunning volley from the edge of the box which dipped over the keeper and into the top corner of the net. Barely two minutes later it was almost 2-0 as one of St Margaretsbury's strikers expertly lifted the ball over a Leverstock defender before cannoning a shot off the crossbar. After 15 minutes however, the scores were tied when a goal kick was headed onto a Leverstock frontman who looped the ball over the advancing keeper. Unfortunately the exciting opening period was not maintained as both sides settled down to a slower pace with no more goals forthcoming before the interval. In the 58th minute the home side were given the chance to regain the lead from the penalty spot after a handball in the box, and the ball was duly dispatched into the back of the net, hitting the post on its way in. Towards the end of the game the two sides played some good end-to-end football with the hosts having a goal chalked off just before the end of the 90 minutes. However, it didn't matter for St Margaretsbury as they claimed a 2-1 victory upon the final whistle. 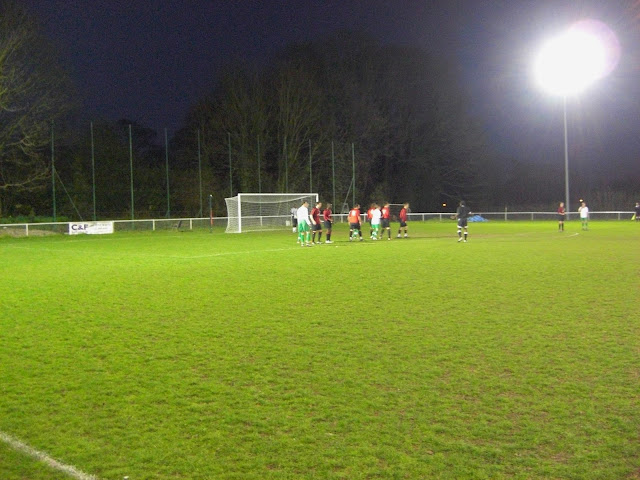