My seventh new ground of 2018 was on Friday 30th March at Treyew Road in Truro, Cornwall. The match was Truro City vs. Hemel Hempstead Town in National League South.

Treyew Road is located on the southern outskirts of the city on the edge of the A390. The road runs along the eastern side of the ground with fields to the west and beyond the car park at the southern end. The northern end has a small section of unused land before a road which splits the site from the Cornwall Council office complex. The venue is half a mile south of Truro railway station. It was the home of Truro City until July 2018 when they vacated the site to allow for a supermarket to be built. However, due to delays in site development the club returned in January 2019. 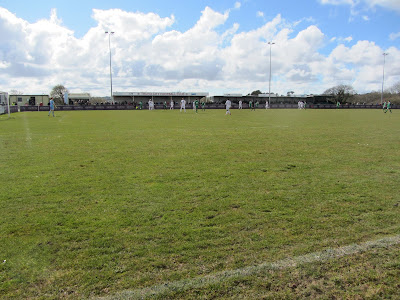 The entrance to the ground is at the southern end - upon going through the turnstiles there is a media centre and a Cornish pasty outlet to the right and to the left a clubhouse with a patio in front of this where you can watch the game from. The dressing rooms are also located in this building. In front of the patio there is uncovered standing with concrete standing towards the front and grass standing towards the back. 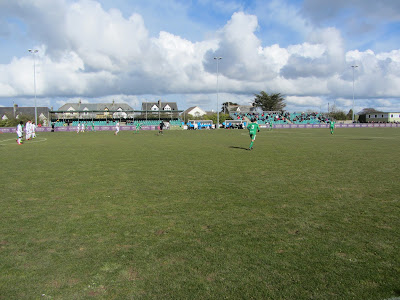 The only permanent stands are on the western side - on this area there are three separate structures which take up most of the length of the field. The stand towards the southern end is a covered flat standing area, the one in the middle is the main all-seater section and there is an extra small all-seater stand beyond this which was added later on. There is a small section of uncovered standing at the northern and southern sections with a food outlet and club shop towards the south-west corner. The club have had a rise up the leagues in recent years and this can be seen on the opposite side of Treyew Road where two temporary stands reside. The stand on the northern side of the half-way line is covered with the roof held up by a large number of supporting beams while the stand on the southern side of the half-way line is uncovered. There is another temporary stand directly behind the northern goal - this one is much smaller and was about the width of the goal. The rest of this end is uncovered standing. 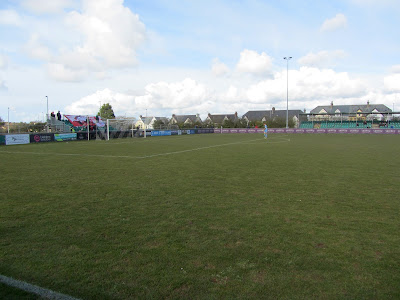 This was an important game with both sides in a very tight race for the National League South play-offs. The visitors had a great start when they netted within a quarter of an hour. A deflected pass ended up at the feet of Karl Oliyde on the left side of the box and his cross looped over Truro keeper Tom McHale allowing David Moyo to bundle the ball in on the line. This lead was short-lived though as the hosts equalised in the 20th minute when a ball into the box from the left was brought down by Cody Cooke for Tom Owen-Evans to direct into the bottom corner from 12 yards. A couple of minutes later Owen-Evans almost grabbed a second as a pass from Niall Thompson found him a couple of yards from goal. Owen-Evans was on the stretch though and his shot didn't have enough power to sneak in as Hemel cleared their lines. The away side retook the lead in the 37th minute when a smartly worked free-kick saw Jordan Parkes lob the ball straight to David Moyo who nodded over McHale from the edge of the six-yard area. It looked like Hemel would take this lead into the break but in the final minute of the first-half Truro made it 2-2 with a lovely goal. Owen-Evans picked up the ball 30 yards from goal, played a nice one-two with Jordan Copp before outpacing a couple of defenders and squaring for Copp to stroke past Laurie Walker in the away goal. Hemel edged ahead for the third time in the 65th minute when a well-timed ball from James Kaloczi put Karl Oliyde in on goal. Though his initial shot was saved by McHale the ball bounced back to him and with the Truro shotstopper on the floor Oliyde bundled in the rebound. After this Hemel sat back meaning it was one-way traffic for the remainder of the match. The visitors had rebuffed all the corners and free-kicks in the second half but in the 94th minute they succumbed to a late, late equaliser. Niall Thompson played a good ball in from the wing and though Walker saved Andrew Neal's close range effort Tyler Harvey reacted quickest to the lose ball and smashed home to grab a point for Truro. 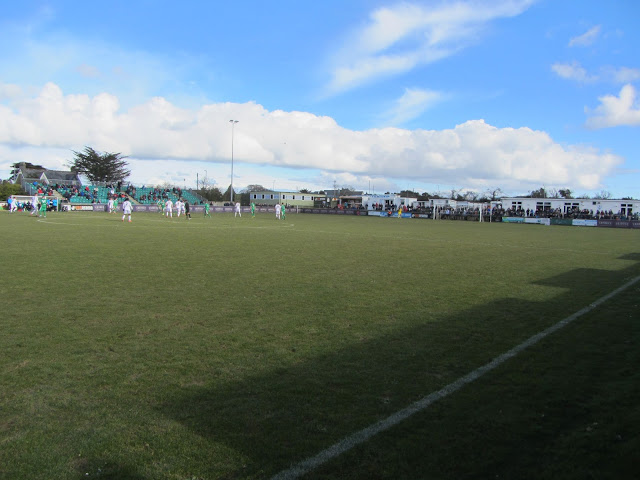