My thirtieth new ground of 2019 was on Tuesday 30th April at Olivebank Stadium in Musselburgh, East Lothian, Scotland. The match was Musselburgh Athletic vs. Camelon Juniors in the East of Scotland League Cup 2nd Round.

The Olivebank Stadium is in the north of Musselburgh not far from the First of Forth. Business and industrial units border the site on the western and part of the northern side with a small amount of residential neighbours in the north and north-east corner. The rest of the eastern side has a primary school next to it while beyond the adjacent road to the south is the town's rugby club. The venue is one mile north of Musselburgh railway station. 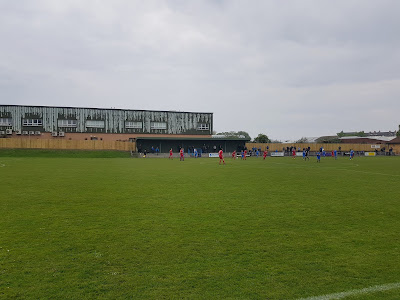 The ground has no floodlights or designated seating areas though it does a stand in the middle of the western side. This structure is a five level covered concrete terrace which takes up between a quarter and a third of this side. Next to its northern edge is a two level uncovered concrete terrace with a flat hard standing area along the bottom of it and a shallow dirt bank behind it. The area to the south of the stand is a grass bank not really for use by spectators. 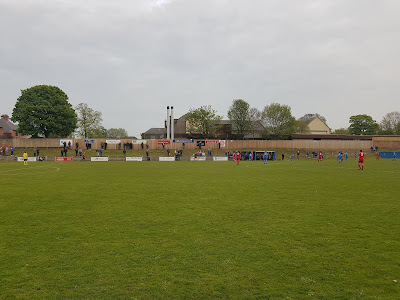 The opposite side of the field has a six level uncovered concrete terrace from the northern end down to the halfway line with a steep grass bank behind. This stops around the two dugouts before tapering off to leave the grass bank with one walkway section in the middle of it. The entrance to the ground is in the north-east corner and behind this goal is an uncovered three level concrete terrace with a club building in the north-west corner. This building houses a homely clubhouse, dressing rooms and a snack outlet facing out towards the pitch. The southern end in comparison is not set-up for fans as it only consists of a steep grass bank running from pitchside up to the perimeter fence with the road. 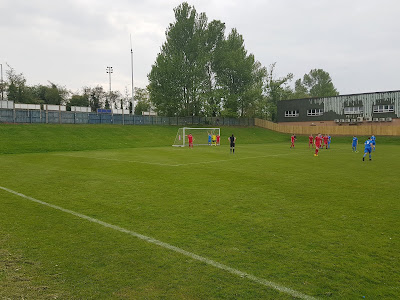 This cup tie saw two teams who finished 3rd in their respective East of Scotland league matched-up. The opening portion of proceedings were even but with lots of possession turnover the sides were not showing their quality. This was demonstrated in the 19th minute when Camelon's Alan Docherty did well on the left to cut inside a defender and give himself a sight at goal before ballooning the ball out of the stadium. Camelon were enjoying a purple patch though and in the 21st minute Kieran Anderson went down the left, got in behind the defence but home keeper Ally Adams was there to make himself big and save from the edge of the area. That sent the ball upfield but it came straight back to Alan Docherty who again attacked the left side of the field before shooting low back off the post. Fine margins can have big impacts in football games though and sixty seconds later the hosts got their noses in front against the run of play. Nathan Evans ghosted in on the right hand side and squared for Mathu King who tapped in from a couple of yards. The rest of the half continued without incident and this extended into the second period right up to the 71st minute when Camelon's Conor McKenzie needlessly jumped into Jackie Myles as the ball headed away from goal. Myles was sent sprawling and the referee pointed to the spot. Conor Thompson dispatched the ball to the bottom corner sending the keeper the wrong way. The away side's last chance to engineer a nervy final few minutes fell to Andy Kay when he met Greg Skinner's clipped ball over the top. Kay's clear header at goal was weak enough for Ally Adams to catch the ball with little difficulty ensuring Musselburgh would be progressing to the next round. 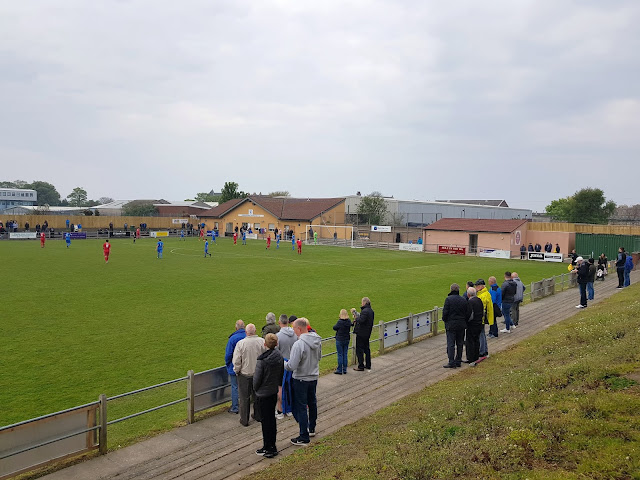