My eleventh new ground of 2013 was on Monday 8th April at Middlesex Stadium in Ruislip, London. The match was Hillingdon Borough vs. AFC Dunstable in the Spartan South Midlands League Premier Division.

Middlesex Stadium is located on the northern outskirts of Ruislip with the venue surrounded by fields. It is 1.5 miles from Ruislip tube station and has been home to the club since they re-formed in 1990. 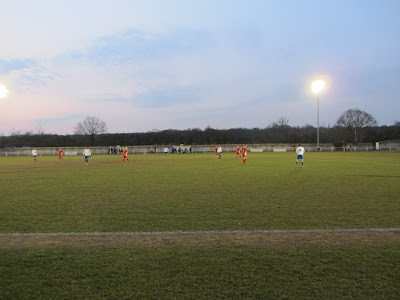 The entrance to the ground is through a sports bar which was built in 2007. This is an impressive attachment to the venue and the outside seated area doubles as a balcony to watch the game from. The rest of the southern side of the ground is uncovered standing behind the fencing. It is a similar story on the opposite side of the pitch with just the dugouts and a raised concrete section in this area. 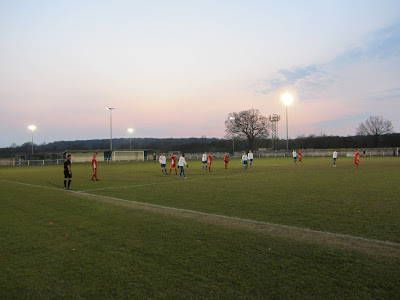 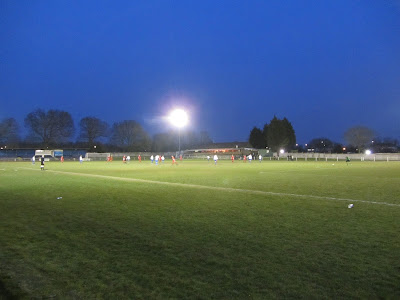 The game saw Hillingdon start the better of the two sides. The hosts were dangerous from set pieces and could've netted on a couple of occasions in the opening 10 minutes. The opening goal came in the 20th minute and it was a goal Dunstable would rather forget. A long ball was punted towards the Dunstable penalty area but with the goalkeeper advancing towards the ball to hoof it up the pitch there didn't seem to be any danger. Unfortunately the keeper completely missed the ball allowing a Hillingdon striker to then slot it into the empty net. The visitors were frustrated for the rest of the half and were limited to speculative long-range efforts which rarely troubled Hillingdon's shotstopper. Just after the hour mark the home side doubled their lead as an attacker was left acres of space to push into the penalty area. He drew the keeper and then passed it across the box to a teammate who rolled it into the goal. The home side started the game many places below Dunstable in the league but were by far the better team on the night. Hillingdon could have won by a few more goals but it finished 2-0. 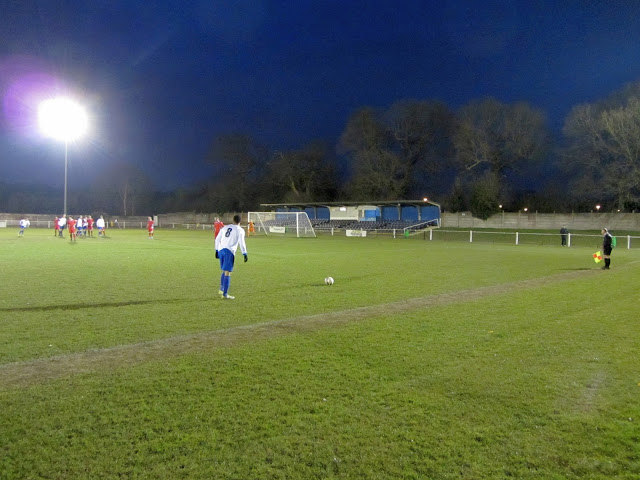