My sixteenth new ground of 2011 was on Tuesday 15th March at the Rush Green Bowl in Clacton-on-Sea, Essex. The match was FC Clacton vs. Debenham Leisure Centre in the Eastern Counties League Premier Division.

The Rush Green Bowl is located on the western outskirts of the town, around 1.5 miles from Clacton-on-Sea railway station. It has been home to FC Clacton and its previous incarnation Clacton Town since 1987. 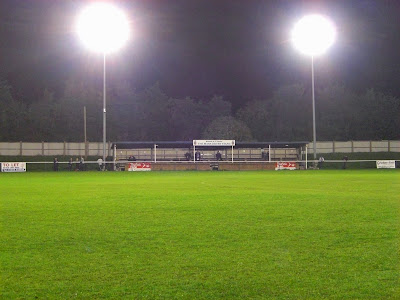 The Mars Drury Stand is the only all-seated structure in the ground and is positioned level with the half-way point on the west side of the venue. This stand has three rows of wooden benches and can house up to 200 fans. On the opposite side of the pitch there is a small stand known as The Bus Shelter which is covered standing. The team dugouts are located in front of this stand. 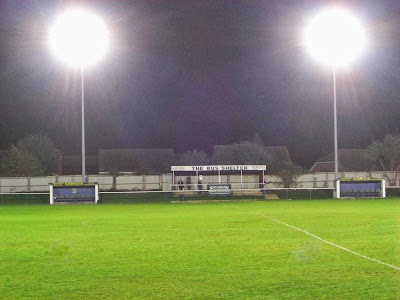 There is another small covered standing section behind the goal at the northern end of the ground - as alluded to by its name, the Rush Green Bowl sits in a natural bowl so standing fans can also head up the grass bank towards this end of the ground to get a better view. The area directly behind the southern goal is taken up with picnic benches and this side of the ground also contains the players dressing rooms and a nice clubhouse. 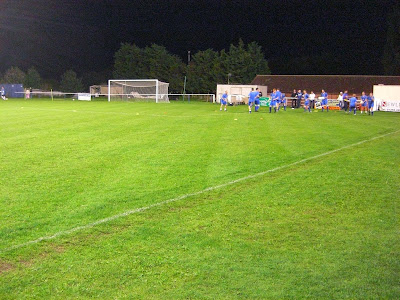 This game had 0-0 written all over it so it was unsurprising when neither side managed to find the net in the 90 minutes. Chances were at a premium all night and when any did arise they were not taken due to poor finishing. Both sides went into the game at the wrong end of the table and on this evidence that won't improve this season. 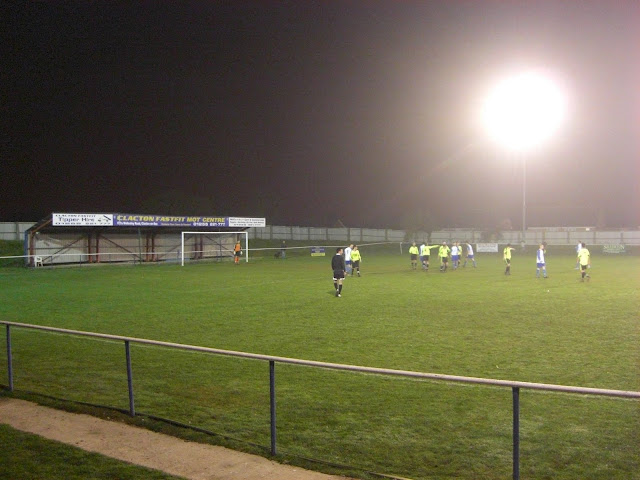